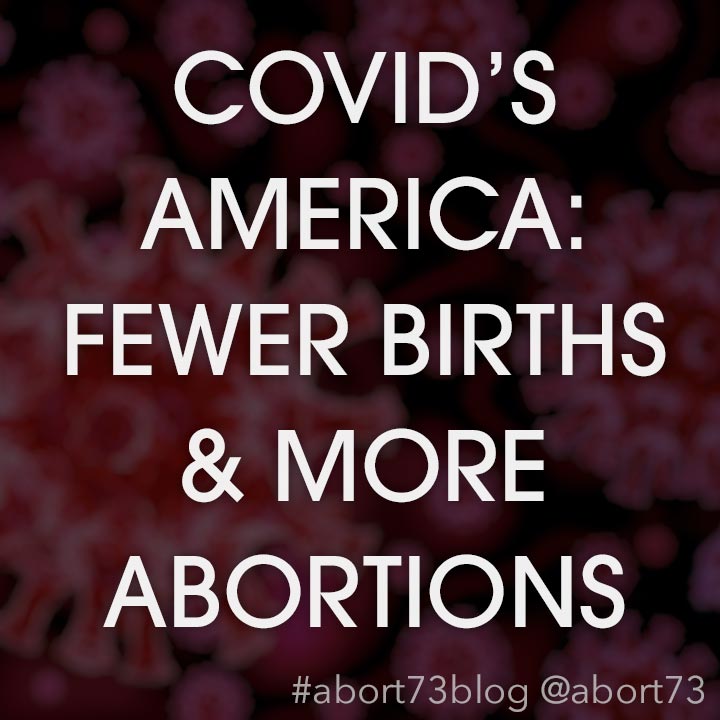 On this date, 49 years ago, the Supreme Court struck down all state prohibitions against abortion—on the feigned assertion that abortion is a constitutionally-protected act. Two generations later, more than 60 million unborn children have been killed by abortion in America, but we don’t know how many were killed in 2021, or 2020, or 2019, or 2018. The Guttmacher Institute gave us an abortion total for 2017, but even that is just an estimate. At least 11% of their total is assumed. The Centers for Disease control is able to report COVID deaths on a daily basis, but their abortion totals are never less than two years out of date—and those counts never include the state with the highest annual total. California is all too eager to report COVID deaths, but it hasn’t bothered to collect or report abortion deaths for decades. The victims of abortion, after all, are tiny and helpless. And they certainly don’t wield any political power.

Imagine if the CDC didn’t report 2020 COVID numbers until the end of 2022—which is their publishing schedule for abortion, and imagine if the most populous state in the country wasn’t included in the count. I’ll grant that our response to COVID has almost entirely ignored the data, but at least the data is there. At least we can look at it as a means of evaluating the efficacy of our response. In an effort to shrink the appalling reporting lag with regard to abortion, Abort73 has been publishing updated nationwide abortion estimates each January for the past eight years. I do this by collecting all available state-level data and then using historic markers to extrapolate totals for those states who have yet to report—or who don’t report at all. That would be California, Maryland, New Hampshire, and (in part ) New Jersey. To date, I have obtained 2020 abortion totals for 33 states. Those states represented just over 44% of America’s abortion total in 2017. In 23 of those states, the rate of abortion was higher in 2020 than it was in 2019. Collectively, the abortion ratio increased by 4% in 2020. Beyond California and New Jersey (which had the 5th-highest abortion tally in 2017), we still don’t know what happened in New York or Illinois, which account for the 2nd- and 6th-highest totals respectively.

You may remember that when nationwide lockdowns first went into effect in the spring of 2020, there was some speculation that it might lead to fewer abortions. For the vast majority of reporting states, that has not been the case. And though COVID is a wild card our model hasn’t had to account for in years past, I’m fairly confident that the metrics still hold up—and as more states report, I’ll continue to update the estimate. Last January, I reported that approximately 883,000 abortions took place in 2019. That estimate eventually rose to 887,000. Though the 2020 tally will likely change as well, it’s almost certain that America’s abortion rate and total both increased for a third year in a row. And for the first time EVER, total births decreased in all 50 states.

In 2020, there were approximately 893,000 abortion deaths in the United States.  By comparison, the reported COVID death total in 2020 was 377,833—though not all of those deaths were caused by COVID. Ninety-five percent of COVID fatalities occurred to people with an average of four contributing comorbidities. Sixty percent of those who died with COVID in 2020 were 75 or older. More than 80% were 65+. The median age of death for those with COVID was 77, which matches the overall life expectancy for all Americans in 2020. By contrast, every single abortion victim had almost the whole of their life still in front of them, and every single one died as a direct result of abortion. There were no contributing comorbidities.

Here are the actual numbers on a state-by-state basis:

*The abortion % is the percentage of pregnancies (excluding miscarriages) that ended in abortion.

If you’re like me, seeing a state’s abortion and birth numbers alongside each other makes you wonder about the exact nature of their relationship. You’d think there’d be a pretty straight forward correlation. If abortions are trending up in a particular state, then births should be trending down, right? Well, not exactly. You only need look at the numbers above to realize that increases on one side of the ledger don’t necessarily correspond to decreases on the other. In fact, the state with 2020’s largest increase in abortion percentage (Rhode Island) also had the smallest decrease in total births. And Hawaii, the state with the largest drop in total births, was also one of the few states to see a decrease in abortion. How is that possible? Because there is a third variable to account for. Namely, total pregnancies—and in 31 of the 33 reporting states, total pregnancies decreased in 2020. Delaware, where the pregnancy total increased by 0.1 percent and Rhode Island (+3.6%) were the only exceptions.

What are the factors that influence total pregnancies? There are basically four: population size, frequency of intercourse, fertility levels, and birth control usage. Though the U.S. population is still growing, the rate has slowed dramatically. In 2010, there were 1.5 million more births than deaths in the U.S. In 2020, that number shrunk to 246,000—a reduction of 84%. But even though our population size is marginally increasing, total pregnancies are decreasing. That’s because we’re steadily becoming an older, less-healthy, more-stressed, and thereby less-fertile population that is having way less sex than we were 20 years ago—and maybe ever. Then there’s birth control, the usage of which has been fairly unchanged in recent decades. An estimated 65% of American women of reproductive age actively use birth control, and fully half of crisis pregnancies in the U.S. occur despite the use of birth control. Some of those surveyed indicated that birth control was harder to come by during the lockdowns, but others indicated that the lockdowns made them more vigilant about using it. The net effect of our COVID response on birth control usage seems to be a wash, which leads us to the much broader question. Is a decrease in pregnancies a good thing or a bad thing?

For decades we’ve been told that overpopulation is a massive and imminent threat which makes a reduction in pregnancies a good and necessary thing, but I would argue—and have argued—that it’s much closer to the opposite. In California, total births have dropped by 24% in the last decade. There were 551,779 California births in 2008. By 2020, there were only 419,612. America’s widespread reduction in pregnancies and thereby births is actually a problem that goes way beyond mere body counts. But that’s not the whole picture. It’s worth pointing out that there are essentially two types of pregnancies in the world—those that won’t end in abortion and those that could. This is because there are two types of women in the world: those who would never get an abortion and those who might. I’ll grant that some women erroneously imagine themselves to be in the first category, only to reverse course in crisis, but that doesn’t change the fact that some percentage of women wouldn’t have an abortion under any circumstances. Survey data suggests that the number is somewhere around 20%. I wouldn’t be surprised if it’s significantly higher.

For me, the takeaway from all this is twofold. First, we need to continue doing all we can to move more women and men out of the “might have an abortion” category and into the “would never have an abortion category.” As an added bonus of doing this, people in the "would never have an abortion" category are less likely to end up with a crisis pregnancy because they tend also to be in the “less likely to have casual sex” category. They know that abortion can’t be relied upon as a backup. Second, for the women and men who can’t be moved, we continue doing what we can to stack obstacles in front of abortion procurement while minimizing those obstacles that might deter a pregnant woman from giving birth. There are no silver bullets, and even should Roe fall this year, as I’m hopeful it will, abortion will still be legal in most of the states where most abortions occur. Legislative solutions will be more difficult to come by in these states, which makes the educative influence of resources like Abort73 even more crucial. The more somebody knows about abortion, the less likely they are to have one, recommend one, or support one as a matter of public policy. And that's a very good thing.