The Estate of Baby Villegas, Deceased 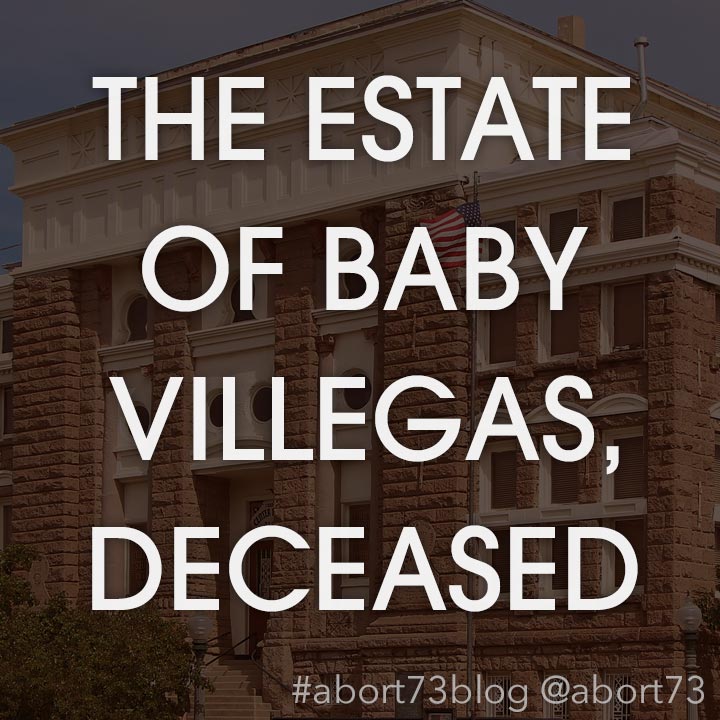 What would you do if your ex-wife hired someone to kill your baby daughter—and succeeded? What if the evidence was irrefutable, but the law failed to bring criminal charges against any of the acting parties? What if you believed in the rule of law and were unwilling to take it into your own hands? Would you perhaps bring a lawsuit against those responsible for your child’s death—in an effort to find some measure of justice and spare others the same fate? And would anyone begrudge you if you did?

The hypothetical scenario I’ve just described actually belongs to Mario Villegas—formerly of Arizona. I stumbled upon his plight recently via a Rolling Stone piece, but the author had zero sympathy for this grieving father. Instead, she criticized him for not accepting his wife’s child-free “vision of her future.” The reason, of course, is one you’ve likely guessed. Villegas’ baby had yet to be born when her life was violently ended via Click here to read the rest. 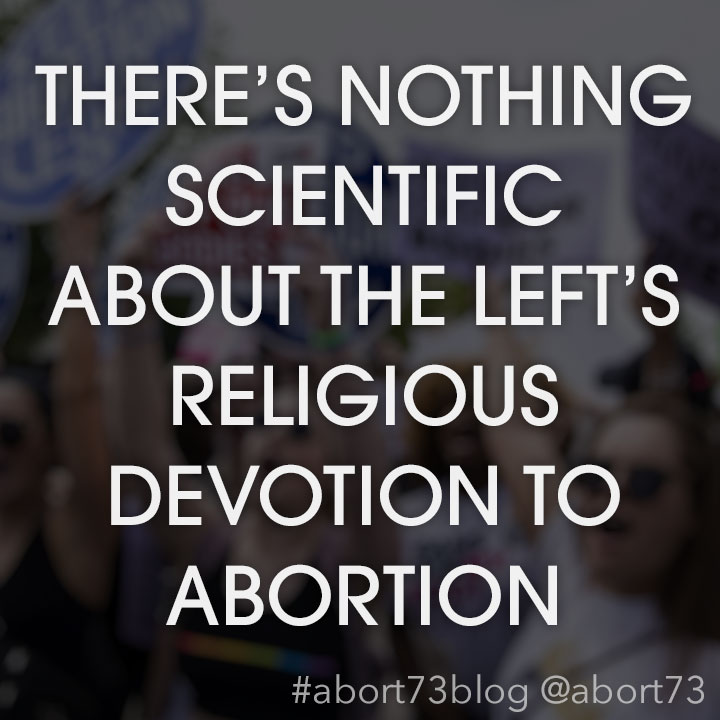 One of the most useful myths in the “pro-choice” arsenal is the assertion that any effort to curb abortion is mere religious overreach. CNN trotted it out a few weeks after the Dobbs verdict—in an article penned by senior writer Eliott C. McLaughlin. His essential complaint was that Justice Samuel Alito—writing for the majority—replaced Roe’s term “potential life” with that used by the Mississippi legislature: “unborn human being.” This may seem like a “semantic argument,” McLaughlin mused, but “experts say it’s anything but.” Who are these experts? The article offered up just one: the Reverend Rebecca Todd Peters.

Alito didn’t write God or Christianity or Bible anywhere in the opinion, but his justification is a veiled “religious narrative,” said Rebecca…

What Has Abortion Ever Done for the Black Community? 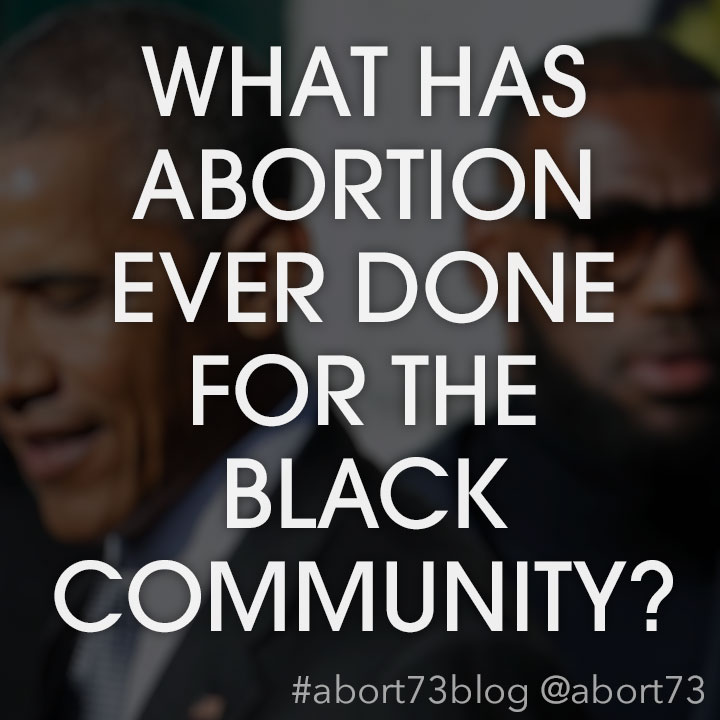 Less than 30 minutes after the Supreme Court finally admitted that there is no constitutional right to abortion, President Obama called the ruling a political attack on “the essential freedoms of millions of Americans.” What essential freedoms were under attack? Actually, there was only one—though the former president is loathe to call it by name. I’ll say it for him: abortion. It’s the essential freedom that didn’t exist until a half-century ago and was only enshrined because seven activist judges manufactured a constitutional pretext for the dismemberment of tiny human beings. Don’t let 44 fool you. The Roe reversal was not a political attack on freedom. In returning abortion to the jurisdiction of individual states, each state was given more freedom, not less. And we the people now have opportunity to vote on abortion at the ballot box and with our feet.

Despite the incongruity of President Obama’s…

And Suddenly, 73 Has Been Aborted 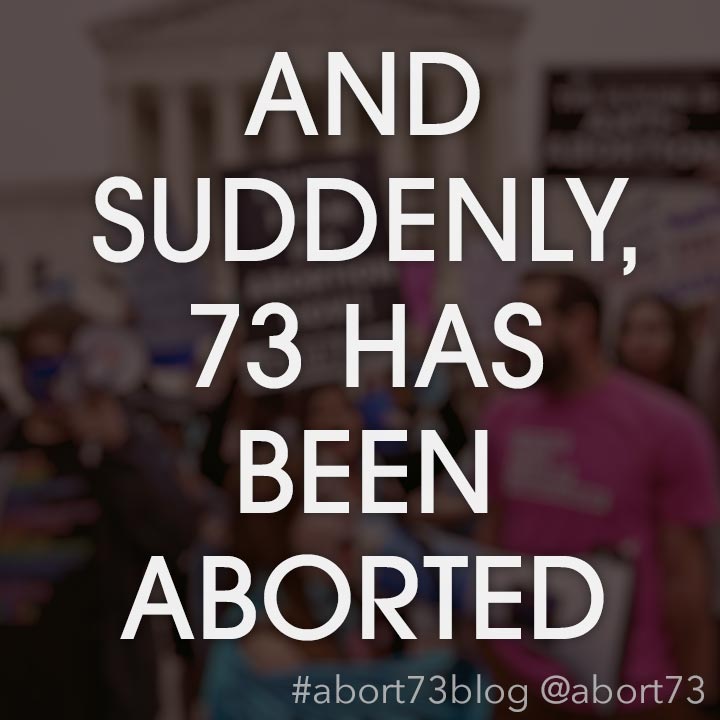 Ernest Hemingway once observed that bankruptcy comes gradually, then suddenly. The same can be said of death. And as it turns out, Roe vs Wade. Roe’s demise came just shy of its 50th birthday. Having survived decades of legal challenges, it wasn’t all that long ago that Roe seemed untouchable. And then somehow, a much-maligned single-term president was able to appoint three constitutionalists to the Supreme Court—which changed everything. Hallelujah!

The world was given an unsanctioned sneak peak two months ago, but it wasn’t until yesterday that we could finally let out our collective breath. Roe is no more. That doesn’t mean abortion is going away anytime soon. It will still be legal in most of the states where most abortions occur, but—in the words of the new Top Gun—it is the first miracle. You only need observe the unhinged fury of the ruling class to realize what a truly miraculous outcome this is. Miraculous, yet dangerous—as evidenced by the Click here to read the rest.

Why Are Rich Men so Hellbent to Abort Poor Babies? 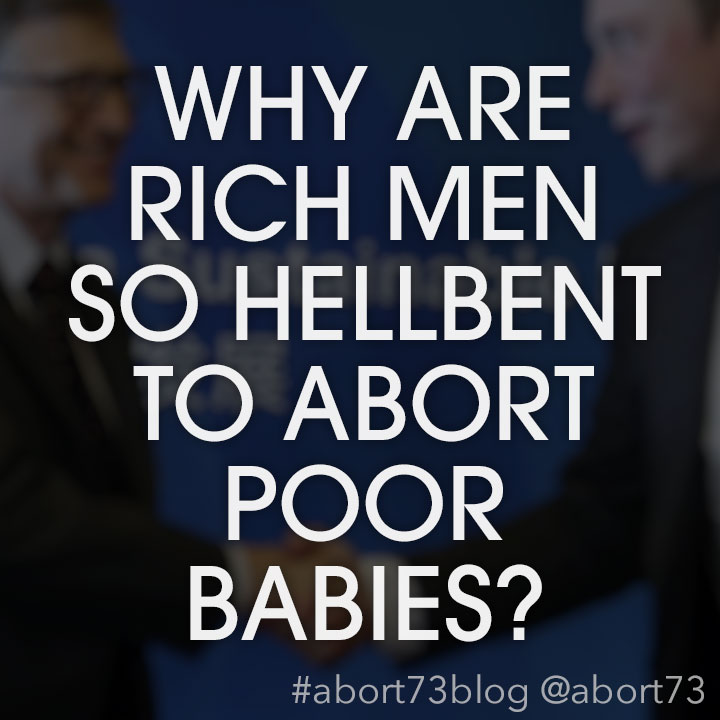 There isn’t much love lost these days between Elon Musk and Jeff Bezos. Or Elon Musk and Bill Gates. The world’s three richest men have clashed over COVID, climate change, and space travel—and yet all three seem aligned in their financial support of abortion. In the wake of last month’s leaked Roe reversal, Amazon, Microsoft, and Tesla all announced they will pay for affected employees to travel out of state to procure an abortion. Though Jeff Bezos and Bill Gates no longer helm the companies they started, they did set the social course that Amazon and Microsoft now follow. According to Gates, “a reversal of Roe v. Wade would set us back 50 years and disproportionally impact the most vulnerable women in society.” 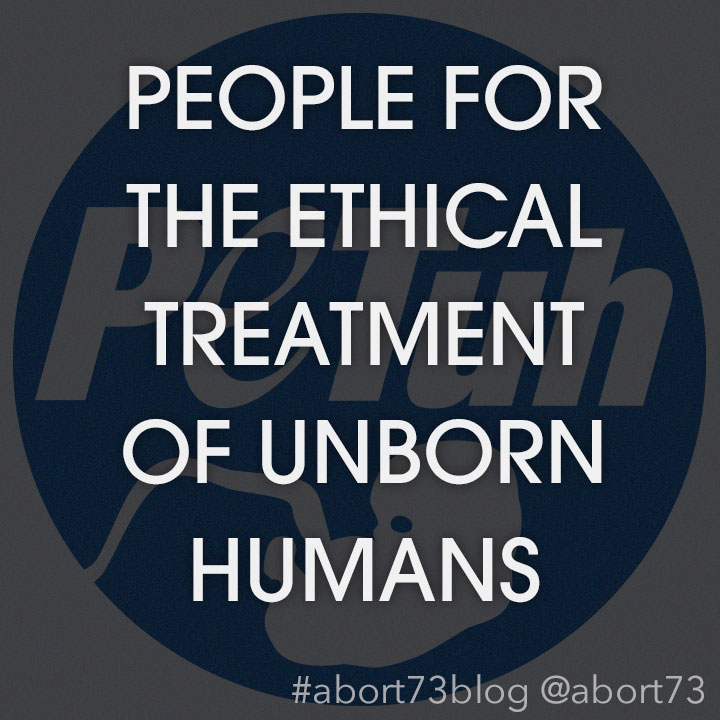 The issue of animal rights came up fairly often when I used to visit college campuses with the Genocide Awareness Project—which compares abortion to historically-recognized crimes against humanity. “Do you eat meat?” abortion advocates would ask with barely-contained glee. And when I answered in the affirmative, their triumphant response was always the same. “Then you’re not really pro-life!” As if that settled anything.…