Facts and figures relating to the incidence of abortion worldwide. 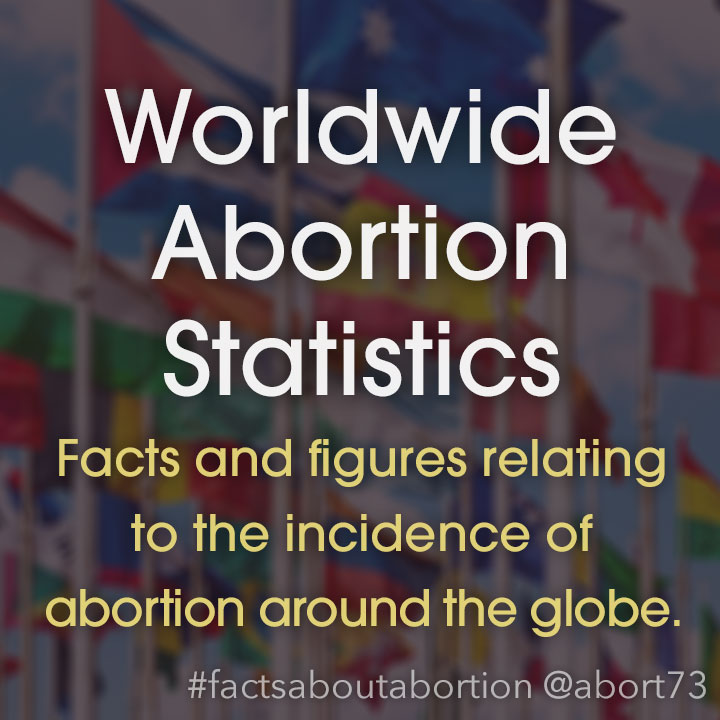 Accurate worldwide abortion statistics are difficult to come by since large portions of the globe do not record or report annual abortion totals. The global abortion estimates on this page come from a variety of sources, including the United Nations (UN), the World Health Organization (WHO), the Guttmacher Institute (AGI), and the Center for Reproductive Rights. Keep in mind that all of these organizations ideologically support abortion and are working towards its normalization.

IF YOU ARE PREGNANT AND NEED HELP, VISIT: OptionLine.org

Guttmacher's global abortion numbers are speculative and unverifiable. No more than 10% of their global abortion total can be officially accounted for, and only 23% has any basis in empirical evidence.1 The other 77% are assumed based upon a complex statistical model that estimates regional abortion totals based on the number of women of reproductive age, the assumed distribution of those women across five reproductive categories, and the assumed frequency of abortion for each of these categories.

Where is Abortion Legal?