Facts and figures relating to the frequency of abortion in Ireland. 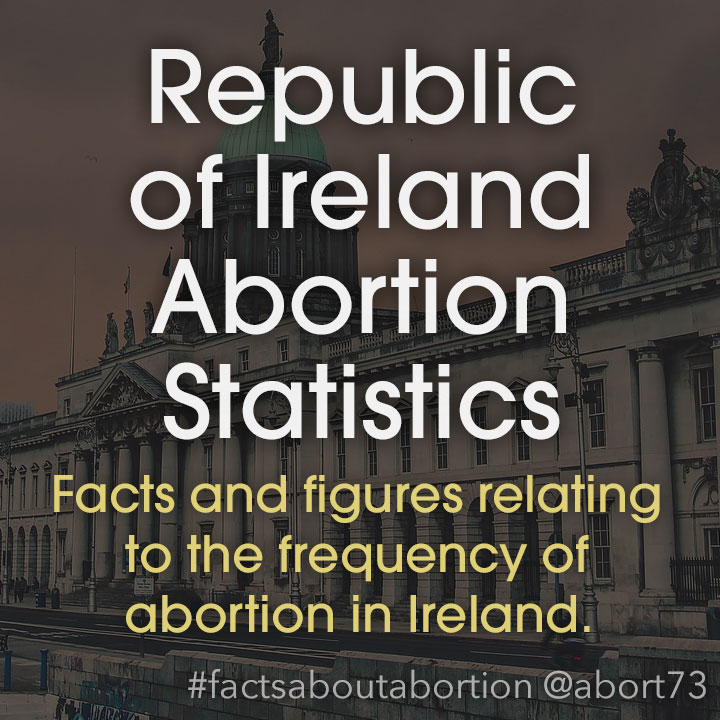 Prior to 2019, abortion could only be carried out in the Republic of Ireland “to avert a real and substantial risk to the life of the pregnant woman.“ The Health (Regulation of Termination of Pregnancy) Act 2018 amended the Constitution to allow for legal abortion without restriction up to 12 weeks. The new law went into effect on January 1, 2019. The following information comes from Ireland’s Department of Health and has been combined with available birth data1 to provide an overview of the frequency and demography of abortion in the Republic of Ireland.

IF YOU ARE PREGNANT AND NEED HELP, visit the Pro Life Campaign.

WHY DO ABORTIONS OCCUR?