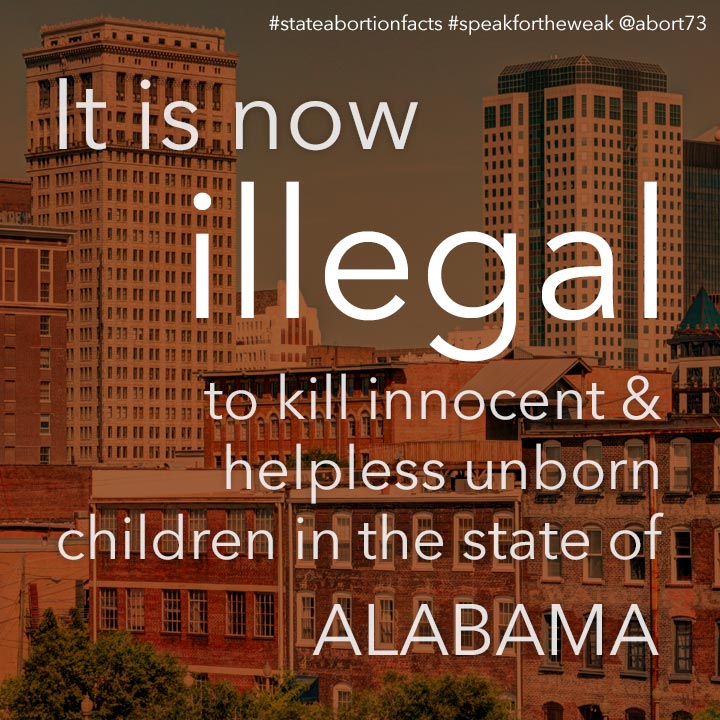 LEGAL STATUS OF ABORTION IN Alabama

In 2022—following the reversal of Roe v. Wade, elective abortion became illegal in Alabama. This prohibition does not apply to the removal of a miscarried child. Neither does it apply in cases of ectopic pregnancy or lethal fetal anomaly. An abortion shall only be permitted if an attending physician licensed in Alabama determines that an abortion is necessary in order to prevent a serious health risk to the unborn child's mother. Except in the case of a medical emergency, the physician's determination shall be confirmed in writing by a second physician licensed in Alabama. The performance of an illegal abortion in Alabama is a Class A felony. The attempted performance is a Class C felony. No woman upon whom an abortion is performed or attempted to be performed shall be criminally or civilly liable.

In 2020, an estimated 9.0% of pregnancies in Alabama ended in abortion. This number does not take into account miscarriages. It was arrived at by dividing Guttmacher's abortion estimate by the sum total of live births—as reported by the CDC—and estimated abortions.

In 2017, the Guttmacher Institute reports that there were 5 abortion clinics in Alabama and 7 facilities that performed abortion. The table below compares total Alabama abortion facilities by selected year.

In 2020, 9.0% of pregnancies in Alabama ended in abortion. This number does not take into account miscarriages. It was arrived at by dividing the state abortion ratio by the sum of the abortion ratio plus 1,000. The abortion ratio is the number of abortions that occurred per 1,000 lives births. The table below compares Alabama abortion percentages by year.

The Centers for Disease Control (CDC) reports that 15.3% of the abortions that took place in Alabama were performed on out-of-state residents.