Limping into the 47th Year of Roe 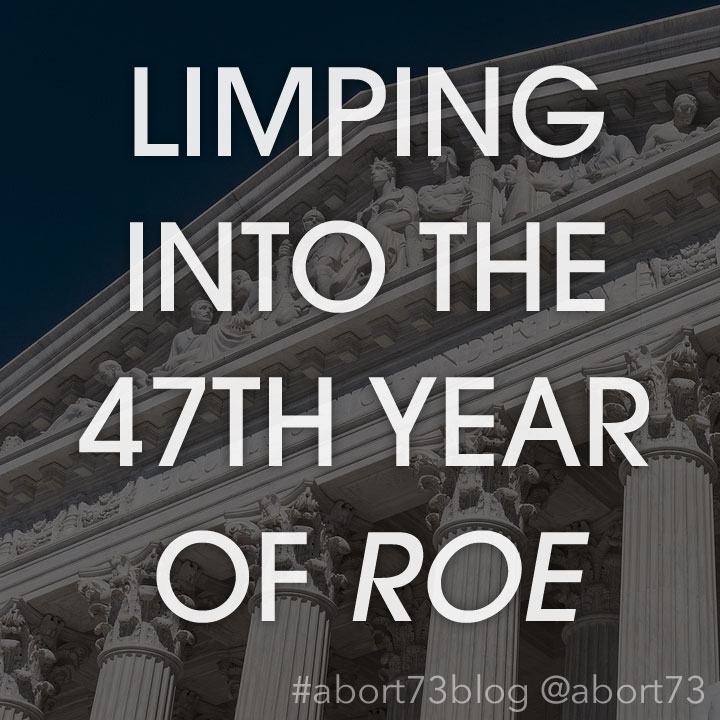 Two months ago, the Centers for Disease Control (CDC) published new nationwide abortion statistics—for 2015—which means that the most current federal abortion totals are already three years out of date. And they’re grossly incomplete at that, thanks to California’s decades-long abdication. The state with the largest population and the highest number of annual abortions has made an ongoing habit of not collecting or reporting abortion data. California uses public funds to pay for almost 90,000 abortions a year, but it won’t publicly disclose how many unborn Californians are killed each year by abortion. For that we must rely on estimates from the Guttmacher Institute, whose love-affair with abortion easily rivals Planned Parenthood’s own. And Guttmacher’s “current” abortion statistics are even more dated than the CDC’s.

For all these reasons, I started gathering state-by-state abortion data several years ago and using it to extrapolate annual U.S. abortion totals well in advance of Guttmacher and the CDC. As of today, 34 states have reported abortion totals for 2017. In 14 of those states, more abortions occurred in 2017 than in 2016. The opposite was true for the other 20. Total abortions, however, can be a misleading metric—since the population and pregnancy rate are always changing. As such, I believe abortion percentage to be a more helpful measure. This is the percentage of pregnancies that end in abortion, not counting spontaneous miscarriages. In 2017, the abortion percentage increased in 20 states, decreased in 13, and stayed the same in one. You’ll find the specific numbers in the table below:

In 2014, the last year for which Guttmacher published an abortion total, the 34 states listed above accounted for just over 39% of all U.S. abortions. We can deduce from these numbers then that approximately 882,000 abortions occurred within the United States in 2017—down from approximately 885,000 abortions in 2016. This year-over-year decline represents the smallest drop since 2006. Using my 2017 abortion estimate as a baseline, and plugging in birth data from the CDC, we find that approximately 18.6% of U.S. pregnancies ended in abortion in 2017. That’s up from 18.3% in 2016—an increase of 1.6%—and is the first time since 2008 that the abortion percentage increased over the year before. That's because there were almost 100,000 fewer U.S. births in 2017 than there were in 2016. As more state data comes in, the abortion numbers will shift slightly, but it seems certain that the abortion declines we've seen over the last 10 years are at the very least slowing down. That’s a troubling trend.

Today is the 46-year anniversary of Roe vs Wade. That’s the Supreme Court decision that struck down all state prohibitions against abortion. Without a vote, seven non-elected men unilaterally declared abortion to be a constitutionally-protected act. Their decision is broadly regarded as the greatest overreach in the history of the Court—by those on both sides of the political divide, and yet here we are. The Roe ruling has managed to survive for almost a half-century. It's possible that it won't make it to 50, but we've been here before. One of the dangers of having an ostensibly pro-life president is that it can create complacency among those who oppose abortion—or more specifically, among those who should be actively exposing the injustice of abortion. It can lead us to believe that all we need is a new Justice or two to make abortion go away. If only it were that easy! Truth be told, I'm not sure what's to blame for our apparent loss in momentum. I'm just pointing out that there are clouds on the horizon. Incremental gains are better than incremental losses, but let’s not overstate the strength of our cultural position. Yes, the annual abortion total in the United States has been almost halved since its peak, but that doesn’t change the fact that close to 900,000 innocent and helpless human beings are still being killed each year—in the United States of America.