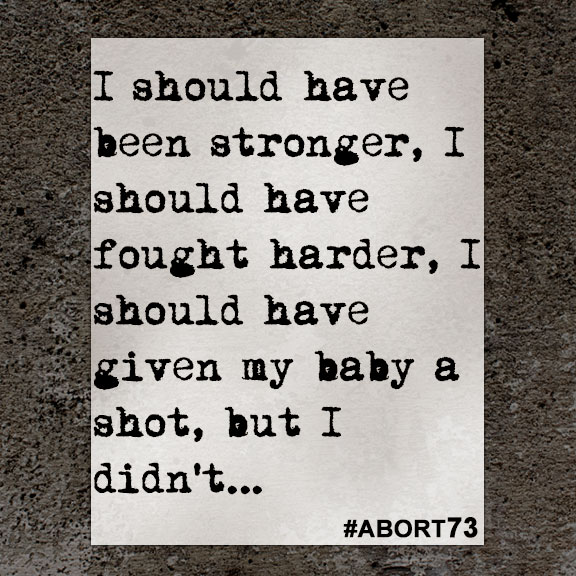 I was in love with this guy and we started discussing having our first child together. One word -- dumb. I was so naïve and the fact that he didn't even have a job and that all my future ambitions like pursuing my singing and acting career would be ruined or put on the back burner for many years to come didn't feature in that decision. I thought I was invincible to be honest. The biggest problem with teenage sex is we don't understand the consequences of our actions. It's all about living in the now. Big mistake.

When I found out I was pregnant I was shocked, terrified, ashamed and disgusted with myself. My mother was so disappointed and I couldn't bear to look at her. Her face told a story she couldn't voice. It all felt so surreal and even after the doctor confirmed the positive pregnancy test result and the lab he referred me to confirmed it too I was still in disbelief.

What was I going to do? How could I raise a baby? What would everyone say,what would they think of me? How could I have a baby I couldn't even raise?All these questions reverberated in my head. I wanted to have the baby,nonetheless. It was a piece of me and although my mother said she would support me no matter what I decided, my sister said no. She refused to seethe other side of the argument-- although she was so against abortion "it will ruin your life, it will ruin your body. Everyone makes mistakes.There's no reason why you should have to give birth to yours." Made sense,brainwashing always does, especially since the baby daddy had been cheating and I hated him so much at that moment.

Ironically, the day I went to get my abortion was the first day I started getting morning sickness. Though awful, it made me feel closer to my baby somehow and I remember telling my mother I felt too sick to go and begging her to let me go another day. I was stalling and she knew it. " I wanna get this over and done with," she said.

There were so many young women at the abortion clinic. It was sad to think all those unborn lives were about to be sucked out. Ended before they had even begun. Right before I went into the abortion station, while seated in the queue waiting my turn, I heard the woman before me scream. The doctor had told us it didn't hurt so why was she screaming? I was terrified, but I walked in there and though I experienced pain the likes of which I'd never known, I didn't cry, I didn't scream. I was strong. Many women wailed and fought and the walls reverberated with their screams but I clasped my mouth shut and waited for that 10 mins that felt like an eternity to just end, for that long tube to greedily suck out all of the 7 weeks of the creation within me. Finally, it was over.

I regret what I did so much, and when my sister called me recently and admitted how guilty she felt over coercing me to terminate the pregnancy I didn't console her. She deserves to feel that guilt. So do I. I should have been stronger, I should have fought harder, I should have given my baby a shot, but I didn't, and I will have to live with that. What I can do is ensure my baby's "death" is not in vain and become the biggest success I can be. - will never place myself in that position again and when my time comes I will be the best mother I can be. God forgives us all-- He's more understanding than we may think. Funny how I always thought He was the one I'd have to answer to. What they don't tell you is that your biggest critic and the one who'll find it hardest to forgive you is yourself.