Abort73.com > Abort73 Blog > What Does the Kermit Gosnell Film Add to the Decades-Old Abortion Debate?

What Does the Kermit Gosnell Film Add to the Decades-Old Abortion Debate? 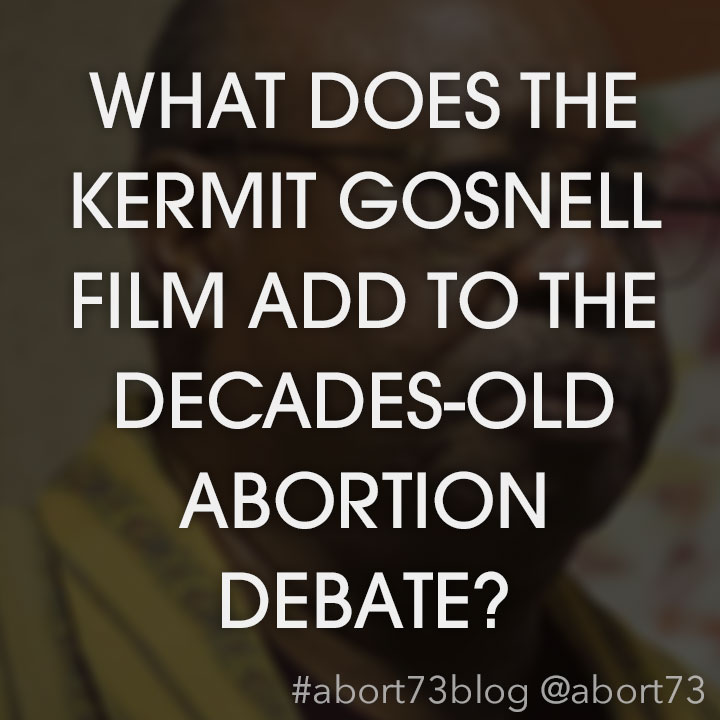 Last Wednesday, I spent a rare workday afternoon at the movie theater—watching the provocatively-titled new film Gosnell: The Trial of America’s Biggest Serial Killer. Truth be told, it’s not a movie I much wanted to see, but I felt a professional obligation to do so. After all, it’s not every day—or every decade—that a movie about abortion comes to the local cineplex. David Daleiden has called it the best movie about abortion ever made, but let’s be honest, that is an exceedingly small category.

By way of reminder, Kermit Gosnell is the former Philadelphia abortionist who was convicted in 2013 of murder in the first-degree, for killing three born-alive babies who had survived the abortion process. Gosnell used scissors to finish the job. He was also found guilty of performing 21 abortions on babies who were past Pennsylvania’s 24-week limit and of violating the state’s 24-hour informed consent law more than 200 times. There’s little doubt that the actual numbers for all three charges were dramatically higher.

According to some accounts, Gosnell killed hundreds of born babies over the years—which is why the writers felt justified in calling him America’s most prolific serial killer. The prosecution, however, only had enough evidence to charge him for seven murders. And if it wasn’t for the fact that Gosnell was also running an illegal drug trade—selling as many as 200 falsified prescriptions each day—they wouldn’t have even had that. When the FBI finally descended upon Gosnell's practice, they found a “clinic” that was filthy in every sense of the word.

For some of you—most of you, perhaps—this is the first you’ve heard of the new Gosnell flick. You won’t find its trailer on the Apple website or a review in Entertainment Weekly. According to an op-ed in the Wall Street Journal, this owes to the selfsame media blackout that once plagued the trial itself. I’ll grant that the entertainment industry has little interest in a story like this, but there are less-sinister explanations to consider as well. Relatively speaking, the Gosnell movie was made on a shoestring-budget. It has no bonafide stars, and it was helmed by a baby boomer who hasn’t directed anything since the mid 90’s. It was also released by a fledgling faith-based distributor. Films like that tend not to receive much mainstream attention—no matter what the subject matter.

For my part, I can’t quite make up my mind about the Gosnell film. Was it a good picture? I’ll put it this way; it’s vastly superior to anything I could make, but it still plays like a made-for-TV movie. It’s a short film that somehow felt too long, and the filmmakers didn’t do themselves any favors by scrubbing it down to a PG-13. Has there ever been a serious, morally-substantial movie about violent crime that wasn’t rated R? Earl Billings is actually very good as Dr. Gosnell, but Dean Cain—channeling his inner Chris Pratt—was a bit over-the-top for my taste. The rest of the cast was serviceable, and the cringe-worthy dialogue was kept to a minimum, but again, that’s not a particularly high bar. The fictitious prosecutor Lexy McGuire was twice brought to tears on screen, but my own eyes failed to moisten—and I’m usually an easy target. I can’t even get through College GameDay without the tear ducts engaging.

The questions I keep coming back to are these. What were the filmmakers trying to accomplish? And were they successful? So far as I can tell, there are really only two reasons to make a movie—aside from building out your resume or just having a good time. The first reason is to make money; the second is to make a statement. The best movies do both. But despite a respectable opening at the weekend box office—debuting in 12th place—Gosnell isn’t a film that’s going to make anyone rich. I would firmly classify it as a “message” movie, but what is the message? Director Nick Searcy insists that it’s apolitical; he calls it a story rather than a statement. In his own words:

We did not make a pro-life movie or a pro-choice movie. We made a movie about a crime that happened. No matter what side you are on, you can watch this movie.

The problem with this assessment is that it doesn’t quite match what we find on the GosnellMovie website—where there are endorsements from the presidents of three national pro-life organizations. Not surprisingly, there aren’t any endorsements from those who endorse legal abortion. More telling still, the website boasts that Gosnell was the most successful “non-celebrity movie campaign“ in crowdfunding history. Close to 30,000 individuals gave a total of $2.3 million to make this film. That is a remarkable feat, but I doubt any of the contributors were abortion advocates. What then compelled so many people to give so much money? Are these just independently-wealthy folks who wanted to tell an ideologically-neutral story about a criminal abortionist? Not likely. The purported agenda of the filmmakers notwithstanding, I suspect that virtually everyone who contributed to the project did so because of their ideological opposition abortion—a position that I wholeheartedly share.

I worry though that the same group of people who spent two-and-a-half million dollars to make this movie are now the ones paying to see it—some because of genuine interest and others because they’ve been mobilized to “send Hollywood a message.” But if that’s the case, what is the net gain? Or is there a plausible scenario in which significant numbers of people who aren’t already opposed to abortion would actually pay money to see it? The PG-13 rating was surely an attempt to secure access for a broader demographic, but I’d be curious to know how many young people are going. I’m fairly certain that I was the junior member of the audience at my theater, and I turn 43 next month. Of course, afternoon movies may be the exclusive domain of the retired set!

Assuming for the sake of argument that a large swath of the population does wind up seeing the Gosnell movie—perhaps through a subscription service like Netflix or Amazon Prime—there still remains another issue. Is this the kind of movie that’s likely to change the way someone thinks about abortion? The movie, like the trial that preceded it, is ideologically hard to pin down. Is it an indictment of abortion, or an indictment of a rogue abortionist who went off the rails? Is abortion itself vile and immoral, or is it only illegal late-term abortions that are worthy of the moniker?

The Gosnell story is shocking and horrific, but it is not typical—which makes it a less-than-ideal vehicle for moving the cultural needle on abortion. It’s all too easy for the abortion establishment to write Gosnell off as a loose cannon. They can condemn everything he did without condemning abortion itself. That’s not to say we shouldn’t be telling his story or exposing the political indemnity he was given, but we must recognize that Kermit Gosnell is not representative of abortion in the mainstream. We must be able to demonstrate to the watching world that a 6-week medical abortion is just as immoral as a 28-week, scissors-through-the head abortion. One may be more visibly gruesome, but both do fatal violence to an innocent and helpless human being—and one does so behind the insidious veneer of respectability.

Now that the movie has been made, we need not wrestle with the expedience of investing millions of “pro-life” dollars into a feature film about Kermit Gosnell. The investment has been made, and I hope good will come of it. Director Nick Searcy lamented to National Review that though virtually all adults have an opinion on abortion, very few know much about it—“how it is done, what the laws are surrounding it, how it is regulated, legislated, and practiced.” I share his sentiment exactly, though I would add an ignorance of prenatal development to the mix. The Gosnell movie certainly sheds light on the horror of late-term abortion and the utter lack of institutional oversight, but it doesn’t address the more pertinent and pressing matter of first-trimester abortion—which is when the huge majority of abortions occur. That’s not a criticism of the movie. They had a story to tell, and they told it. Rather, it’s a warning to those of us who would expect this movie to achieve more than it reasonably can.