The State of Abortion 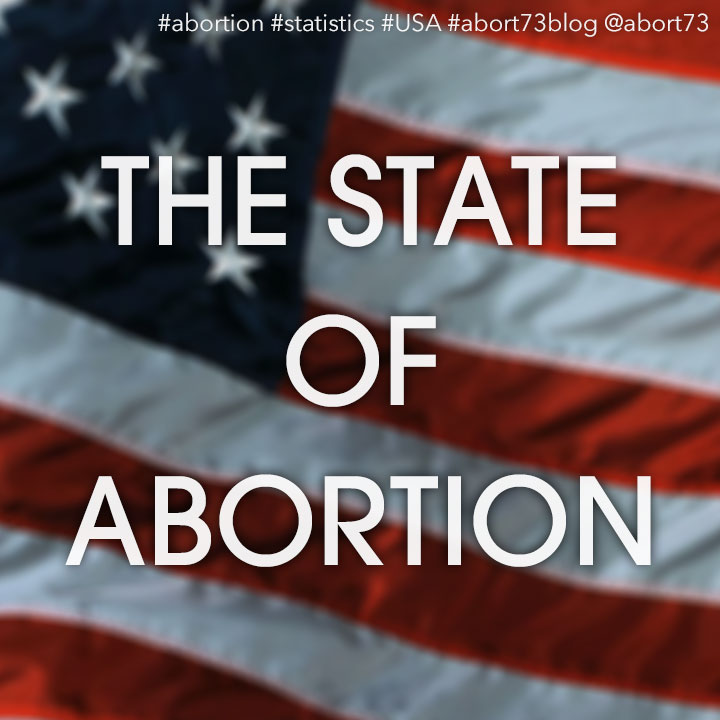 Earlier this month, President Obama delivered his final State of the Union address. He never mentioned abortion, but he did have a lot to say about the future—“the kind of future our kids and our grandkids deserve.” I found much of it to be fairly inspiring, with one enormous caveat. Though our commander in chief speaks admiringly of the “movements to expand civil rights,” he has been a stalwart opponent of all efforts to expand civil rights to the most innocent and helpless members of the human community. Think about his unwavering commitment to abortion in the context of the following remarks, all of which came from his address:

How do we give everyone a fair shot at opportunity and security in this new economy?

In today’s world, even a handful of terrorists who place no value on human life, including their own, can do a lot of damage.

“We the People.” Our Constitution begins with those three simple words, words we’ve come to recognize mean all the people, not just some; words that insist we rise and fall together, and that's how we might perfect our Union.

So, my fellow Americans, whatever you may believe, whether you prefer one party or no party, whether you supported my agenda or fought as hard as you could against it -- our collective futures depends on your willingness to uphold your duties as a citizen. To vote. To speak out. To stand up for others, especially the weak, especially the vulnerable, knowing that each of us is only here because somebody, somewhere, stood up for us.

Everyone deserves a fair shot. Terrorists place no value on human life. The Constitution is for all the people. We rise and fall together. It is our duty to stand up and speak out for the weak and the vulnerable, just as others have done for us. Amen and amen! But for all the president’s talk of inclusivism, the most weak and the most vulnerable remain entirely excluded.

Because the president didn’t talk about abortion in his annual address, allow me to fill in the gaps. For the last couple weeks, I’ve been compiling all of the latest state-by-state abortion statistics, as I do every year. If you follow Abort73 on Facebook or Instagram, you’ve no doubt seen many of the updates. I do this for two reasons.

First, most states publish their abortion statistics much faster than the federal government does through its reporting body, the Centers for Disease Control (CDC). The most recent CDC numbers were published two months ago—for 2012. By contrast, half the states have already reported their abortion totals for 2014. When you visit our state statistics pages, you get a much better feel for the impact abortion is having in your own region, and you’re getting it years in advance.

Second, accurate national abortion totals are only available every few years, from the Guttmacher Institute. Their most recent data is for 2011. Guttmacher didn’t publish abortion numbers for 2009 or 2010. The reason the CDC can’t accurately publish national totals is because California, Maryland, and New Hampshire do not collect or publish abortion data. New Jersey further skews the numbers by not reporting abortions that occurred in private abortion clinics. As such, the total number of abortions reported by the CDC in 2011 (730,322) is only 69% of the total reported by Guttmacher for the same year (1.06 million). Nevertheless, by comparing current state statistics with “official” national totals from years past, I can arrive at a fairly accurate national tally, 2-3 years before it is published. More than a year before Guttmacher’s 2011 numbers were published in 2014, this method had already estimated that 1.057 million abortions took place in 2011.

As I reported one year ago today, 2013 was the first year in four decades that the annual U.S. abortion total fell below one million. Based on my current projections, approximately 974,510 abortions occurred in 2014. That’s a reduction of about 1% from the year before. More significantly, the ratio of live births to abortions increased by more than 6%, from 5.06 births per abortion in 2013 to 5.38 births per abortion in 2014. Overall, the annual abortion total has fallen 19% since Abort73’s launch in 2005, and the ratio of live births to abortions has increased by 27%. Though there is still a LONG way to go, these numbers are encouraging.

For 43 years, the abortion law in this land has remained virtually unchanged. That is a tragedy, but it does not mean that our efforts have been wasted. Eyes are being opened; lives are being saved. The state of abortion in America is truly horrendous, but without the countless groups and individuals who have been fighting against it for four decades and more, it would be so much worse. Every day, the lives of abortion-vulnerable children hang in the balance. We can’t see them, but they’re all around us. Their wellbeing is your responsibility and mine. How do we reach them? By reaching their parents.

If you’re not sure how to reach abortion-vulnerable parents in 2016, it can be as simple as wearing a T-shirt or leaving a promo card. If you’re not sure how to talk about abortion, the Abort73 website walks you through all the reasons for opposing abortion. If you’re not convinced that abortion is something Christians should give much focused attention to, our free ebook explains why such thinking is so dangerous. Finally, if you really want to get serious about abortion in 2016, consider putting your money where your mouth is. Recurring monthly donors are the lifeblood of Abort73, but we only have enough right now to meet about half of our expenses. Please consider joining us; please consider investing in a better future for the weak and vulnerable among us.

Our nation has an atrocious record on abortion, but the future is what we make it!