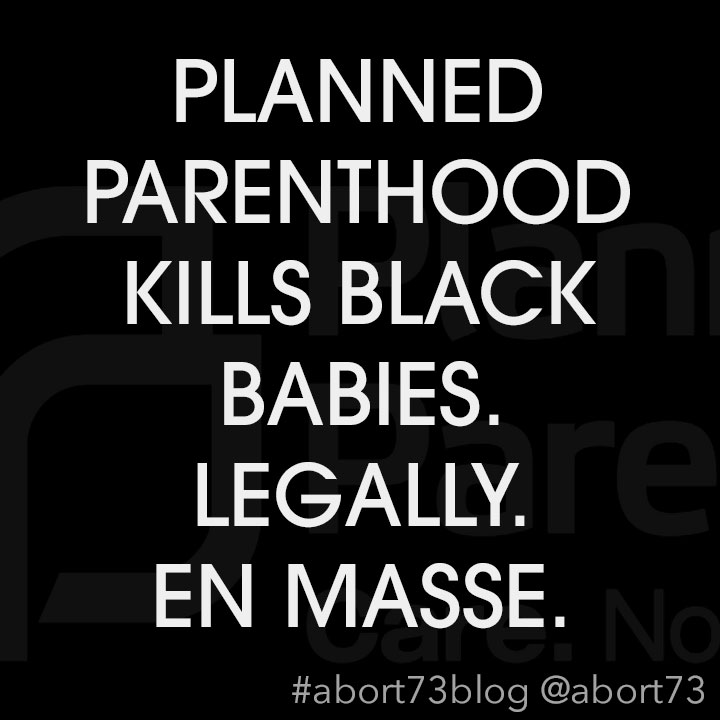 Planned Parenthood did something remarkable this week. You might call it appalling—not necessarily for the substance of the message—but for the context in which it was made. Yesterday, of course, was #blackouttuesday. Anyone with an active Instagram presence already knows as much. And while there was some confusion as to what the precise message was—even at the highest levels—the gist of it was fairly simple. Violence against black lives—specifically, police violence—will not be tolerated.

We're devastated, grieving, and outraged by violence against Black lives. We must continue to demand accountability, justice, and an end to the inequity that continues to define every moment of life for Black America from the racist institutions that uphold white supremacy.

Whether you agree with that statement or not—which asserts that U.S. police departments are “racist institutions that uphold white supremacy,”  it’s who’s making the statement that makes it so damned duplicitous. Talk about the pot calling the kettle black! Last year, police officers in the United States killed nine unarmed black persons—and 19 unarmed white persons. By comparison, Planned Parenthood killed approximately 131,000 unarmed black babies (in 2018) and 121,000 unarmed white babies. Think about those numbers for a moment.

To put things in perspective, Planned Parenthood kills 14,555 innocent black babies for every one innocent black adult killed by the police. And while police officers killed more than two innocent white persons for every one innocent black, Planned Parenthood kills more black babies than white. Here’s another way to look at it. The police are responsible for approximately .1% of all black homicide deaths in America. Planned Parenthood is responsible for approximately 41% of all black abortion deaths in America. And while it’s been estimated that police officers are almost 20 times more likely to be killed by a black man than an unarmed black man is to be killed by a police officer, abortionists are never killed by unborn children. Never. They have nothing to fear from the victims they so casually eliminate.

So here’s the question that begs to be answered. Why? Why is our nation outraged by the cruel and calloused killing of George Floyd but largely indifferent to the equally cruel and calloused killing of nameless black children in the womb? Many will argue that it’s a completely unfair comparison, and maybe they’re right. After all, the tiny black babies who are daily killed by Planned Parenthood are drastically smaller and more helpless than the adult victims of police brutality. They also give up a much larger proportion of their born lives—all of it, in fact.

Ironically, it is the utter helplessness of abortion victims—their complete inability to speak for themselves or provide for themselves—that fuels our national nonchalance to abortion violence. These are two entirely separate issues, the pundits assure us. Apples and oranges. George Floyd was an actual person, with a family. Embryos and fetuses are just potential people, with no rights of their own. But this is an entirely bogus classification that basic biology knows nothing of. It is only the perpetrators of mass decimation who insist that there is such a thing as a “human non-person.” In fact, the architects of such violence always dehumanize their victims. And such efforts are always reprehensible.

Planned Parenthood can say whatever it likes, but actions speak louder than words. What we do is infinitely more telling than what we say. This is true at all levels, in all realms of life. Talk is cheap; it’s deeds that matter. And lest there be any confusion, none of this is meant to imply that the killing of George Floyd is not a big deal. It is. It’s a HUGE deal. Killing an innocent and helpless victim is appalling—no matter how or when it occurs. But in the struggle to protect all black lives against fatal injustice, we must first realize who the real enemy is.