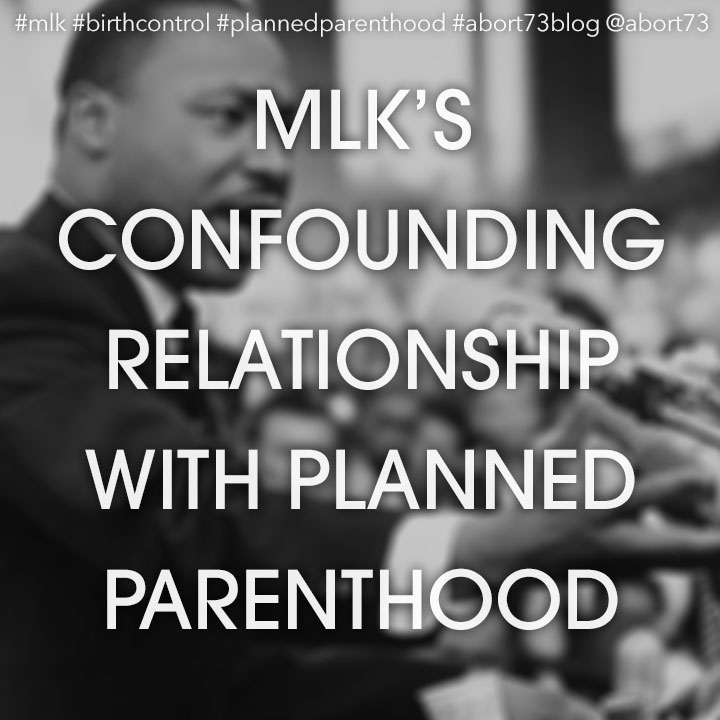 Martin Luther King Jr. is one of those rare historic figures who is so broadly revered that almost everyone wants to claim him as their own. For decades, those opposed to abortion have leaned heavily upon his words for support and inspiration—including his own niece Alveda C. King. You can count me among their number. Of course, those on the other side of the abortion debate also believe they are walking in Dr. King’s shadow.

In the “History & Successes” portion of the Planned Parenthood website, they proudly declare that the Reverend Martin Luther King Jr. was an inaugural recipient of their “highest honor”—the PPFA Margaret Sanger Award, bestowed upon him in 1966. More recent recipients include Nancy Pelosi, Hillary Clinton, and Gloria Feldt. Harry Blackmun and Sarah Weddington, the judge and attorney most responsible for the passage of Roe vs. Wade, have also received the award.

Though it’s tempting to speculate that Dr. King might have received the Margaret Sanger award against his wishes, without having had any personal affinity for Planned Parenthood, such a conclusion would not fit the facts. MLK did not accept the award in person, but he did send his wife in his stead. At Planned Parenthood’s 50th anniversary gala, Coretta Scott King read her husband’s speech to a standing ovation. It read:

Colored citizens constitute half the poor of the nation. Like all poor, colored and white, they have many unwanted children. This is a cruel evil they urgently need to control. There is nothing inherent in the colored man’s mentality which creates this condition. Their poverty causes it. When colored citizens have been able to ascend economically, statistics reveal they plan their families with even greater care than whites. Colored citizens of higher economic and educational status actually have fewer children than white families in the same circumstances.

The line from Dr. King’s acceptance speech that Planned Parenthood is most fond of quoting goes like this: “There is a striking kinship between our movement and Margaret Sanger’s early efforts.  …  Our sure beginning in the struggle for equality by non-violent, direct action may not have been so resolute without the tradition established by Margaret Sanger and people like her.”

In light of these rather disconcerting remarks, there are a few things we must remember:

As a longtime admirer of Dr. King, I would love to know what his opinion of Planned Parenthood would be today. Would he see them for what they are—the largest purveyor of abortion violence in America? An organization that kills hundreds of black babies a day? Or would he still believe that Planned Parenthood is serving the needs of the African-American community by eliminating their “unwanted” children?

At the end of the day, these are unknowable questions, and they have no bearing on the abortion debate. It’s ideas that matter—not the men or women who espouse them. Martin Luther King Jr. once called Mahatma Gandhi “the guiding light of our technique of nonviolent social change.” Though my own beliefs fall more in line with King’s than with Gandhi’s, I find Gandhi’s position on birth control to be a far more compelling one.

I say this as way of reminder. No matter how much we admire or respect someone, it’s dangerous to simply fall in line behind them on every single issue. It’s also dangerous to reject out of hand everything someone says, for the simple fact that we don’t admire and respect them. Let’s learn to celebrate that which is worth celebrating and condemn that which is worth condemning, without losing too much sleep over the question, “What would Martin do?”