Abort73.com > Abort73 Blog > 40 Questions to Ask on the Anniversary of Roe vs Wade

40 Questions to Ask on the Anniversary of Roe vs Wade 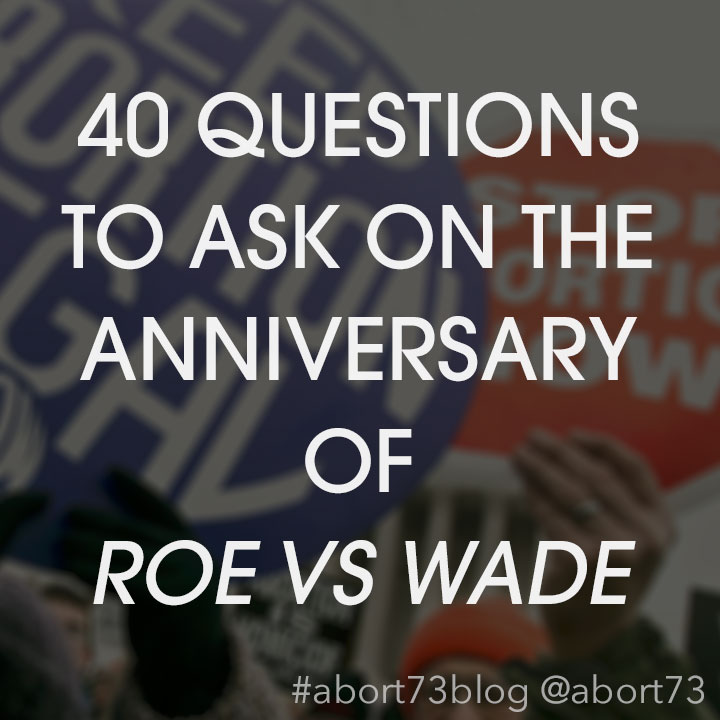 Today marks the 40th anniversary of Roe vs. Wade, the Supreme Court decision that invalidated all state prohibitions against abortion and made it a constitutionally protected act. More than 50 million abortions have occurred in the four decades since—leaving us all with some questions to answer.

For Pastors and Elders