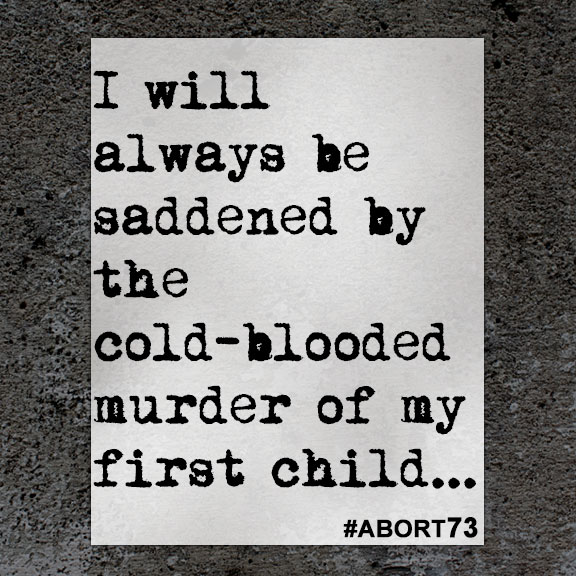 I will always be saddened by the cold-blooded murder of my first child...

Many years ago, when I was in my late teens, I met and fell for a younger teen girl whom was little sister to one of my classmates. I told her repeatedly that I was probably too old and her brother would kill me for dating his younger sister. After a while of her calling me and seeing her randomly in public, I gave in—with her mother's okay. Her mother and father were separated from one another, but I had heard he really did not approve and neither did her older brother. After dating for around five months, she became pregnant with my child. I was very excited and scared but wanted for her to have the baby and would have married her. Her father called me to his 13-bedroom home (he was wealthy and connected) to have a talk with me. He told me that I was to never speak to his daughter again, unless I wanted to die. He also told me to leave town and that he would take care of the baby. She called me crying a few days later as I was packing to move away. She told me that her dad picked her up from school and took her to have an abortion!! I was young and it did upset me a lot at the time, but not nearly as much as it does now. I am now 44 years old with two grown sons with my wife of 23 years. I know that all things happen for a reason and the good Lord knows what he is doing, but I will always be saddened by the cold-blooded murder of my first child, my two sons’ half brother/sister!!! The undelivered baby human beings cannot speak, and I am a voice for them and will always be—no matter what. They are not a choice; they are a life and not the mother’s or the father’s body!!