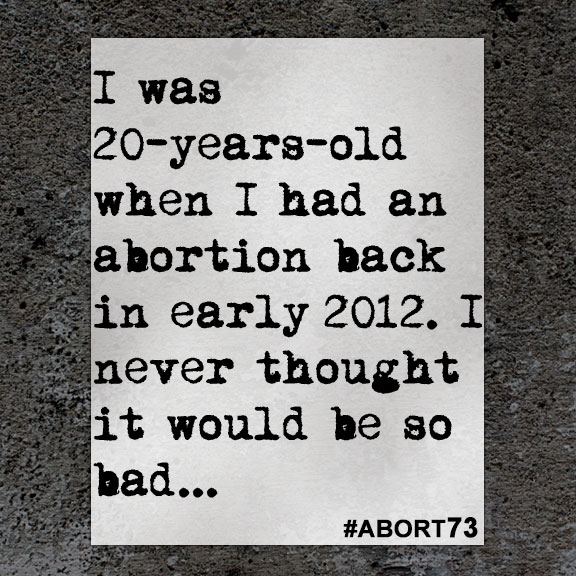 I was 20-years-old when I had an abortion back in early 2012. I never thought it would be so bad, or that I would lose most of my friends because of it. At first, I had thought I had done the right thing, and everyone had told me so, but after a while, all of a sudden, I started feeling guilty. That's the moment I realized I had killed my child. I had made that decision out of fear of having to raise it alone, as I was young and didn't know what to do with my own self. But no one seemed to care about it; I felt so alone. Ever since I've felt some kind of emptiness, like something is missing in my life, but no one I know seems to understand. I was too young to realize I made the worst mistake of my life. I felt so alone. I used to think I was the only woman regretting an abortion, but surfing through this page made me realize I wasn't the only woman who regrets having an abortion, although I did not find any others from my country or region.