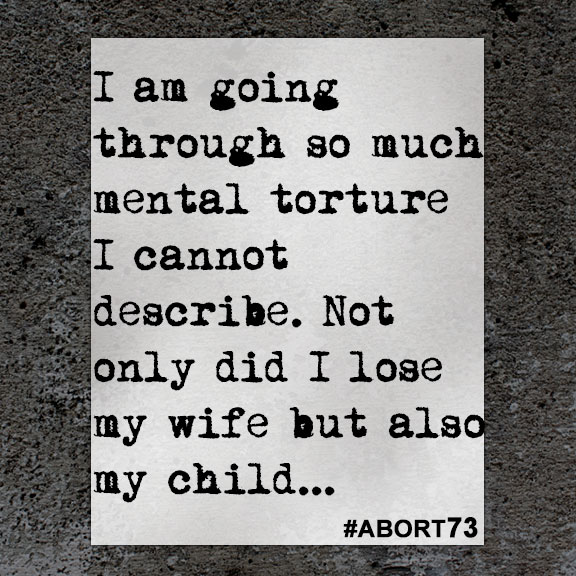 I am going through so much mental torture I cannot describe. Not only did I lose my wife but also my child...

I recently decided to continue my marriage with a [much-younger] women of 32-years-old. She told me that she was going to have children with me and continue to be my wife after I filed for divorce because she insisted the home that I lived in and owned for approximately eight years be put in her name also, if we were to have a child.  So I did what I thought was right and put the home in her name also, so that she would feel secure having our child.  We went to a fertility clinic and both of us were tested and everything was a go. She even took shots to help ovulation.  After becoming pregnant a month later, her mother took her to have an abortion. Then two weeks later, she filed for divorce and wants half my home in addition to aborting our child.  I was not only excited to be back with her but very happy to finally have a child with her. We were only married two years. How could someone do this to not only me but our child that she intended on having and purposely got pregnant with? I am going through so much mental torture I cannot describe. Not only did I lose my wife but also my child and it was done intentionally by a women who vowed to be my wife and has only done such a terrible thing to gain money.