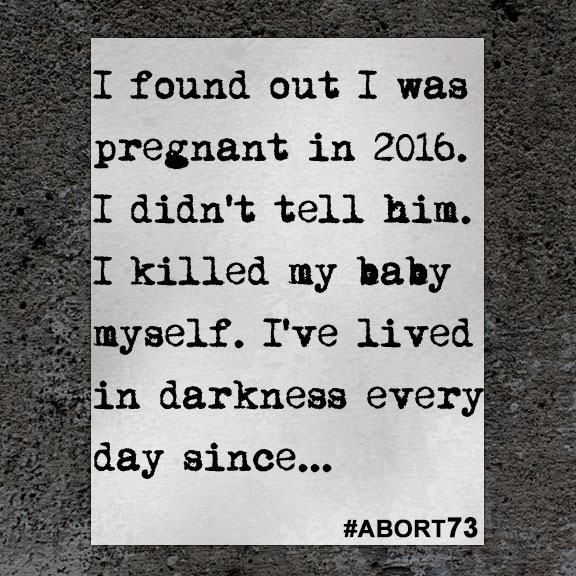 I found out I was pregnant in 2016. I didn't tell him. I killed my baby myself. I’ve lived in darkness every day since...

My boyfriend has always been against pregnancy before marriage. He says he'd kill me, hit me until the baby is dead, if I ever got pregnant. He said his parents would hate us, and we'd bring shame to his family, so he threatened to abort the baby if anything did happen. I found out I was pregnant in 2016. I didn't tell him. I killed my baby myself. I’ve lived in darkness every day since. I stare at other people's babies jealousy, imagining what would it be like if mine was in my arms right now. I cry almost every day. I told my boyfriend about the abortion months later and he blamed it on me. He said it's my fault that I got pregnant, so I deserved to suffer the pain. He yelled at me, screamed, slapped me. I miss my baby so dearly, but there's nothing I can do to bring it back.