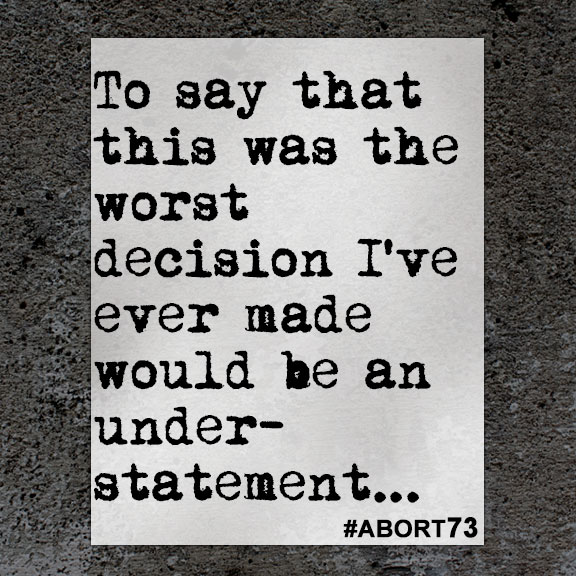 To say that this was the worst decision I've ever made would be an understatement...

I found out about my pregnancy when I was about 4-5 weeks in. I wanted to keep the baby, until the father made me feel like it was a selfish and impossible decision. It has been three months since my abortion. To say that this was the worst decision I've ever made would be an understatement. Sometimes I can't look at myself in the mirror. I feel guilty and alone. I don't know if I'll ever learn how to go through each day without being consumed by regret. I killed my child when I should have been protecting him. I would give anything to be pregnant again.