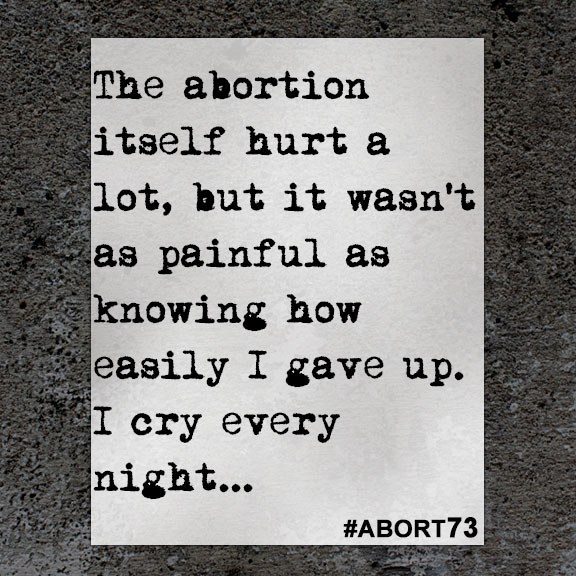 The abortion itself hurt a lot, but it wasn't as painful as knowing how easily I gave up. I cry every night...

I'm 16 and my boyfriend was 19. We had a great relationship, and I thought everything was going so well. Then he broke up with me. Four days later, I find out that I'm pregnant. I lied to the nurse about his age because I was scared he would get in trouble. Once I told him, he told me right away, “You're not keeping it.” My family does not have enough money, and my mom didn't want me to ruin my life. Everyone's opinions just got stuck in my head, and I had an abortion. Biggest mistake I've ever made. The abortion itself hurt a lot, but it wasn't as painful as knowing how easily I gave up. I cry every night, wishing I kept that baby. The baby was innocent. Never let anyone influence you into having an abortion.