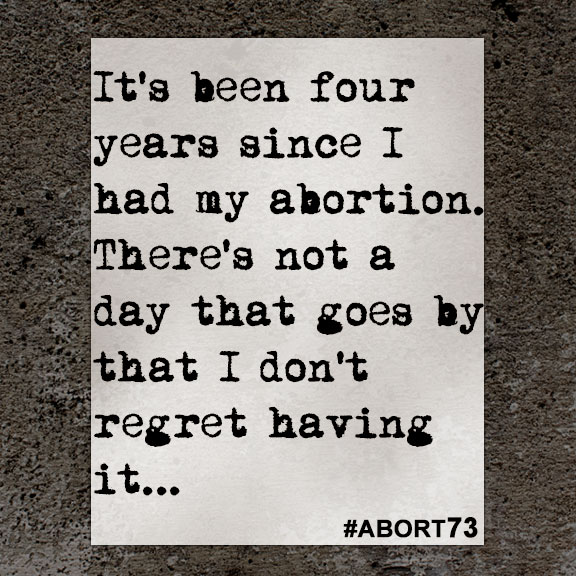 It's been four years since I had my abortion. There's not a day that goes by that I don't regret having it...

It's been four years since I had my abortion. There's not a day that goes by that I don't regret having it. I was so young, it was my first time, and the guy lived in Sweden. When I finally took a test and told my family, my grandparents—who mean the world to me—told me having the baby wasn't even an option. I decided they were right, and I went with them to get it done. I was scared, and I couldn't stop crying. I should have known then that it was a bad idea. I should have walked out, but I can't change the past. Now I'm worried I'll never be able to have a baby. I dated a guy not too long afterwards, and I loved him, so I went off the pill about two years ago but never got pregnant. I'm worried that this is a punishment from God. I don't know about anyone else, but now I have a uncontrollable desire to get pregnant again and make up for what I did.