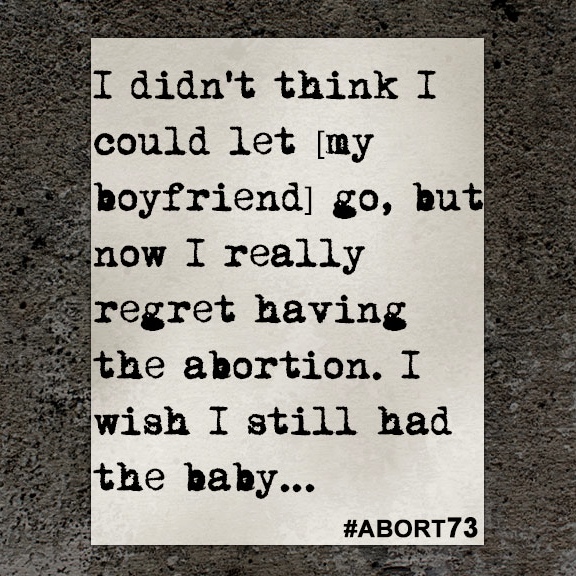 I didn’t think I could let [my boyfriend] go, but now I really regret having the abortion. I wish I still had the baby...

I had an abortion this past May. I was six weeks along. I was late, and I bought a pregnancy test. It came back positive. I told my boyfriend, and he said that there were two options. We could keep it—even though we couldn't afford it at the time and were still living with my dad—or we could get rid of it. At first, I decided to keep it, but my boyfriend kept saying that if we told my dad, he would get kicked out. So I decided to get rid of the baby, just so my boyfriend didn't get kicked out. I didn’t think I could let him go, but now I really regret having the abortion. I wish I still had the baby.