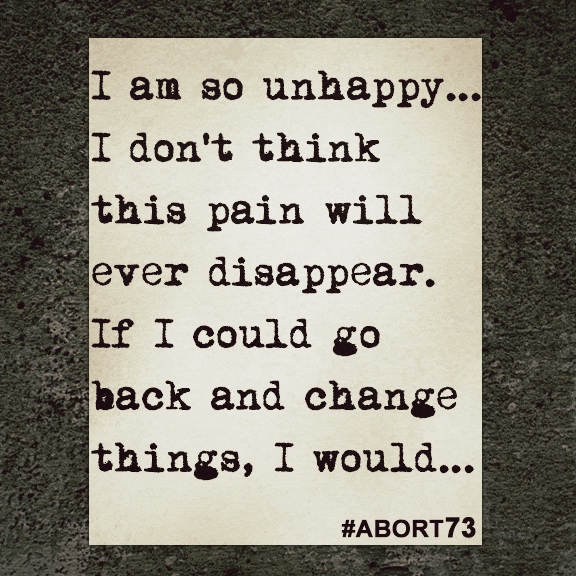 I am so unhappy... I don't think this pain will ever disappear. If I could go back and change things, I would...

I'm 17-years-old, a junior in high school. I strongly regret having an abortion. As soon as I found out I was pregnant, I was both shocked and scared. So many emotions came over me at once. My first thought was to get rid of it because of the opinions of others. However, I soon began to look forward to being a teenage mom. My child's father was so scared. He tried to convince me to get an abortion. It soon worked. I found myself backed up against the wall. This was simply because some didn't want me to keep the baby and some did. My support system was being questioned. Weeks later, I had the abortion based upon the thoughts and decisions of others. I feel as though you shouldn't have an abortion unless you are for sure that it's exactly what you want. That experience scarred me, and now I can't help but think about what would have happened if I had kept my child. I am so unhappy. I pray every night to God and my unborn—begging them to forgive me. I don't think this pain will ever disappear. If I could go back and change things, I would.