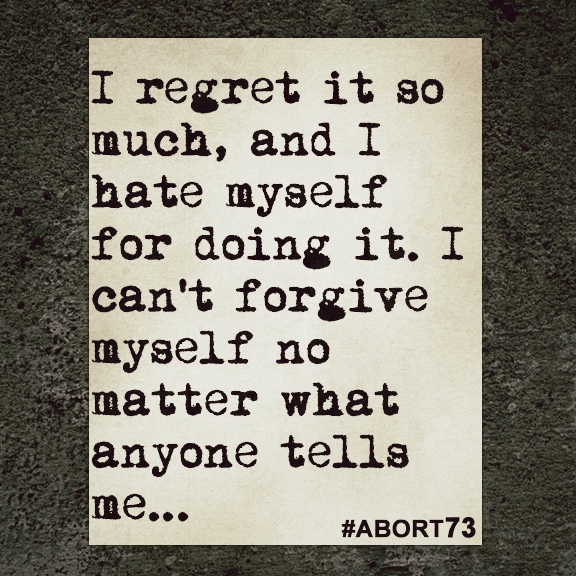 I regret it so much, and I hate myself for doing it. I can't forgive myself no matter what anyone tells me...

I've had two abortions, and I regret both. I was 15 when I had my first one and have always regretted it. My boyfriend at the time wanted me to keep it, but I was raped around the same time, so my mum and everyone else advised me to have an abortion. A few months later, I was pregnant again and kept it and was so happy. It’s the best thing that has happened to me. Two years later, I fell pregnant and decided to have an abortion. Once again, I didn't want to. I knew it was the wrong thing to do because of how I felt the first time. But my boyfriend strongly didn't want it, didn't talk to me, blamed it all on me that I got pregnant, and there was a lot of complications. I was fine at first, but now I'm really depressed, always thinking about it and wishing I could go back in time. Everyone said at first it would be hard and get better, but this time it was okay at first and now it's the worst. I regret it so much, and I hate myself for doing it. I can't forgive myself no matter what anyone tells me. I just can't forgive myself.