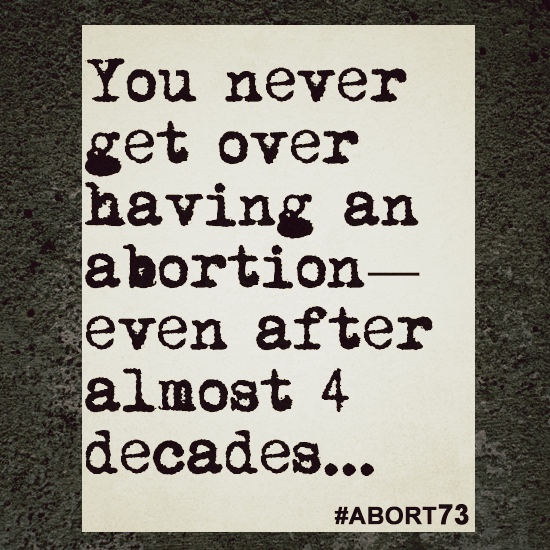 You never get over having an abortion—even after almost 4 decades...

You never get over having an abortion—even after almost 4 decades. I didn't believe in abortion, but I was a casualty of the pressure to do it from my family. They didn't want the added burden, and I was told I would have to leave the house. I caved, and I take full responsibility for what I did. I wish it was illegal; I would have been forced to let them live. I took two lives and ask them and God for forgiveness daily. It also took a toll on my body as both the children I birthed were early and under weight. I also had to have a hysterectomy, and I am sure it was from the damage from the two abortions. Even though they were very early term abortions, I am sure that forced dilation, scraping and suctioning created damage. But nothing is more awful than the pain and damage I did to the two little lives that never got to be.