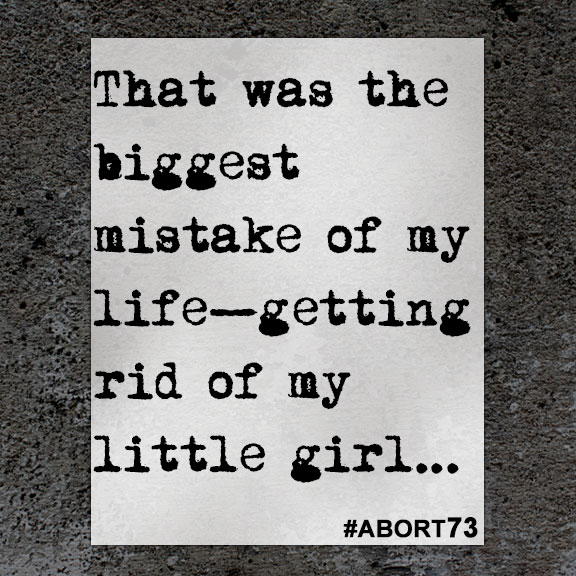 That was the biggest mistake of my life—getting rid of my little girl....

I was 16 and he was 20. He told me he loved me. We had been together for months and he wanted to have a baby. He was ready, but I wasn't. It was the summer before my senior year of high school, and I was about to be 17. I didn't want to have a baby, but I didn't want to lose him. He finally convinced me and I got pregnant on the first try. We were happy, but our parents weren't. Abortion wasn't an option for me. My parents were talking about pressing charges and his parents talked about making a mistake. He said he would be there no matter what. It was me and him against the world. He promised he would give us the world and nothing would come between us. That all changed. Four months later, I did the unthinkable. I had an abortion. I didn't tell him right away about the loss of our little girl, but he figured out eventually. My parents don't trust me anymore. That was the biggest mistake of my life—getting rid of my little girl.