Abort73.com > Abort73 Blog > What’s All the Fuss About Planned Parenthood?

What’s All the Fuss About Planned Parenthood? 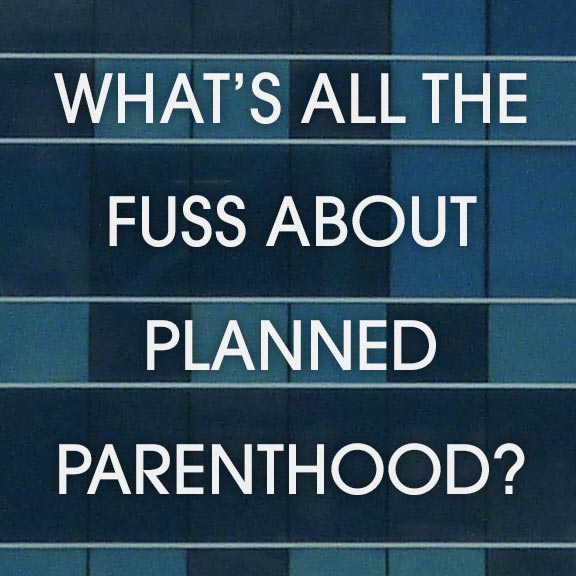 On the one hand, it boggles the mind that a billion-dollar organization is able to be repeatedly duped and exposed by a handful of courageous activists. On the other hand—with the President of the United States so firmly in their corner—Planned Parenthood is almost untouchable, no matter how often they thumb their noses at both law and convention.

Just as the nation is split down the middle in regard to abortion, that same polarization exists over Planned Parenthood—a fact that is all too easy to forget by those insulated on either side of the debate. If it seems that everyone in your Facebook feed has joined the chorus against Planned Parenthood, that’s probably because you’re only hearing from your ideological sympathizers—which is why it’s always good to hear from the other side.

This morning, Abort73 received an email from someone who shared yesterday’s video on Facebook and immediately received some pushback from a staunch defender of Planned Parenthood. They forwarded the complaint along and asked for help in responding. To that end, I’ve numbered and addressed their primary assertions below.

1) “Abortions are a tiny part of the services provided by Planned Parenthood.”

From October 2012 through September 2013, Planned Parenthood performed 327,653 abortions. That comes out to roughly 900 abortions per day. Planned Parenthood operates the largest abortion business in the country, performing approximately one-third of all U.S. abortions. Though Planned Parenthood maintains that abortion represents only 3% of its medical services, this reporting sleight-of-hand does not take into account revenue, operating time, or resource consumption. As outlined in a 2010 blog post, abortion likely accounts for about 50% of their health center revenue.

2) “None of the federal funds (Planned Parenthood) receives can be used [for] abortions.”

This may be true, but it’s a meaningless distinction. As a single corporate entity, does anyone really believe that Planned Parenthood’s funds can be neatly compartmentalized? Returning again to the Apple comparison, imagine if the government bestowed a $500 million grant upon Apple but stipulated that none of the money could be used for the manufacture of iPhones. The money could however be used for marketing, office space, salaries, utilities, and general brand-building expenses. Do you see the problem? It doesn’t matter if earmarked funds can’t be directly spent on abortion. Anything that benefits Planned Parenthood in general benefits their abortion operations in particular. The notion that tax-payer funds have no bearing on Planned Parenthood’s abortion business is completely nonsensical.

3) “Planned Parenthood has saved the lives of countless women, because they provide women with screening for breast cancer, (etc).”

Numerous pages on the Abort73 website examine the connection between abortion and birth control. Here’s the summary: birth control does not eliminate abortion. It may not even reduce the number of abortions. That is open for debate. Quoting from our page, “Birth Control and Abortion.”

Birth control has created the illusion that you can enter into sexual relationships without consequences. Its use is "virtually universal" among sexually-active women, and yet there are still more than one million abortions every year in the United States – and that's been true every year since 1977. If the promises of birth control are the very thing that's convincing more unmarrieds to be more sexually active, and if 12% of the women using birth control still wind up pregnant, it's no wonder that contraceptives have proved so ineffectual at curbing our national abortion epidemic.

Of course, even if Planned Parenthood is reducing the number of overall pregnancies through contraception, does that give them a pass for the millions of lives they have violently ended through abortion?

5) “The only human rights [that would be] abused with absolute certainty would be (those belonging to) the women that would [lose] access to [important health] services, if you were successful in cutting off funding.”

Here again, no matter how many medical services Planned Parenthood provides, it will never make up for the hundreds of innocent human beings they put to death each day. If abortion were really such a minor part of Planned Parenthood’s operations, why not abandon it altogether? And if Planned Parenthood is really so panicked that women will lose access to birth control and STD screenings if the government cuts off their funding, couldn’t that problem be solved in the same fashion?

6) “By attacking Planned Parenthood, you are attacking women in general.”

“I really need to see verification of these horrible claims made by this group, preferably by three different news groups, before I can believe any claims of barbarism or trafficking of baby parts.”

Like so many others, the person who made the heretofore-listed claims about Planned Parenthood has been programmed  to not believe anything that doesn’t originate from a mainstream (i.e. abortion-supporting) news service. To that, I would simply ask: Why do you need three news stories to verify, when you can simply watch the video yourself? You can see and hear Planned Parenthood’s director of medical services describing the process of manipulating the abortion procedure so as to leave the most financially valuable organs intact, and you can hear Planned Parenthood’s president singing her praises. You needn’t rely upon Fox News or CNN to form an opinion for you. The evidence is right there—no matter how many broadcasters try to ignore it.