Abort73.com > Abort73 Blog > What the Presidents Have to Teach us About Abortion

What the Presidents Have to Teach us About Abortion 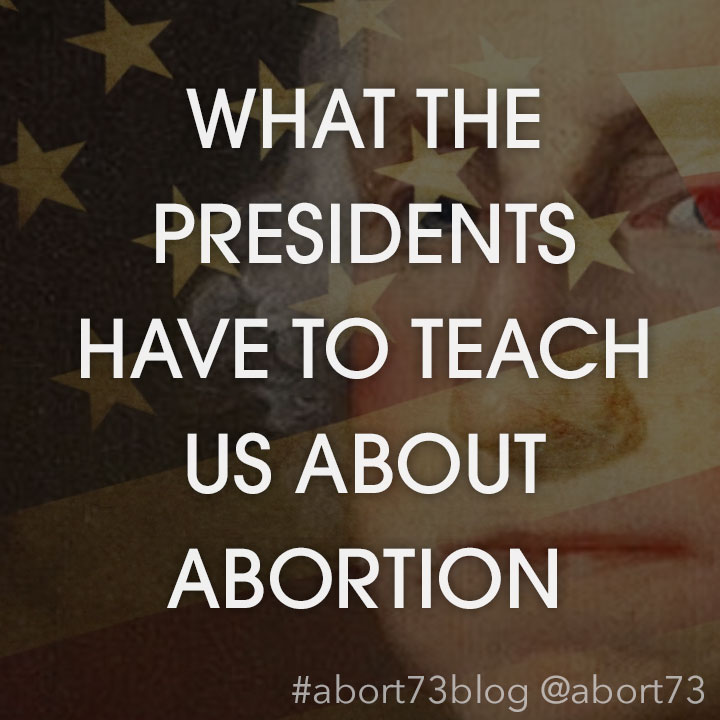 Yesterday, in honor of President's Day, Abort73 released a new video titled "Presidential Wisdom." It includes an assortment of presidential quotes that speak to the issue of abortion. Most of the quotations speak to abortion indirectly, and most were made long before anyone in public office could have imagined that abortion would someday be legal. Of the three quotations that postdate the legalization of abortion, only one was made with abortion in mind. The other two come from our current president, who tragically professes a commitment to both child safety and abortion on demand. Pray he comes to recognize the incompatibility of those two positions.

In the video, all of the presidential quotes are presented without context or commentary. They are meant to speak for themselves. But in case there is any uncertainty as to how they relate to the issue of abortion, I've added a quick note of explanation to each one in the space below. I'm also including the quotations that were considered for the video but were ultimately left out for the sake of brevity. These are some of the most highly regarded presidents in American history, and they have plenty to teach us about abortion.

The quotes below were not included in the video, but are still worth considering.