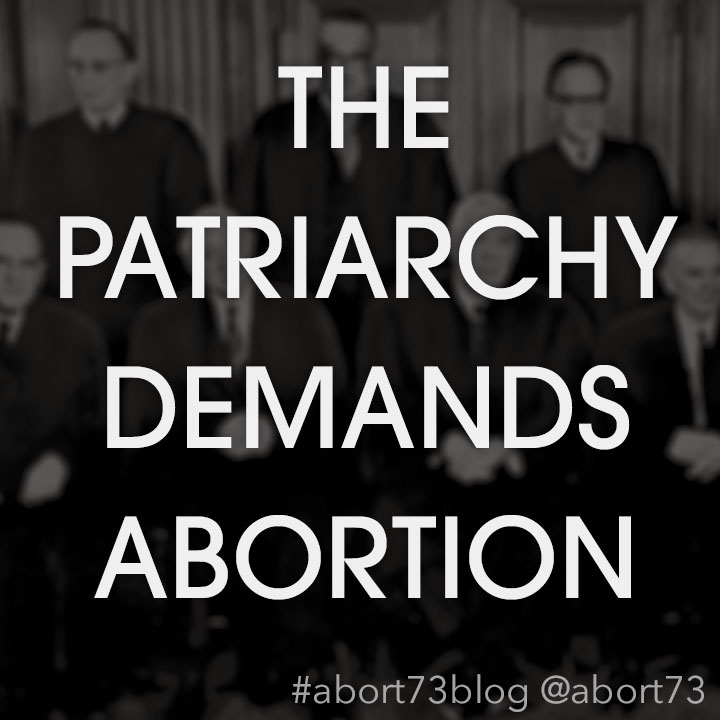 Twenty-nineteen marks my twentieth year of vocational opposition to abortion. I began with The Center for Bio-ethical Reform, where much of my time was spent on college campuses. In fact, I spent almost half of 1999 on the road. It began in Florida and ended in Washington state—but wherever we took the Genocide Awareness Project, there was one particular flyer that seemed to follow us around. I haven’t seen it in a decade or more, but it pictured a group of curmudgeonly old men and read, “77% of anti-abortion leaders are men. 100% of them will never get pregnant.” The flyers didn’t bother with a citation for its purported statistic, but that didn’t keep abortion-rights advocates from distributing them with great glee.

The idea that opposition to abortion is a male phenomena is an incredibly useful piece of fiction for those who peddle abortion. Its acceptance is so ubiquitous in the mainstream that the term “women’s rights” has become shorthand for “abortion rights.” The problem, of course, is that it doesn’t fit the historic record—nor does it accord with the contemporary feminist narrative. Early feminist opposition to abortion was nearly universal, and if we’re going to claim that men have an untoward grip on social and political power, then how can we argue that the United States’ radically-permissive abortion policy was crafted in defiance of the male agenda? After all, the seven Supreme Court Justices who voted to federally legalize abortion were all men. So was the co-founder of NARAL, along with its first chairman. And the president of Planned Parenthood, when it abandoned its historic opposition to abortion, was also a man.

One of my earliest memories as an anti-abortion activist follows this same theme. It comes from the University of South Florida, where two male students protested our presence on campus with a large sign reading, “Pro-choice girls are more fun!” You don’t need a college degree to decipher the meaning of their rather crude reckoning. The stereotypical man wants sex without commitment. And women who are willing to terminate the lives of their unwanted offspring are simply allowing men to have sex on precisely these terms.

It’s frequently asserted that “if men could get pregnant, abortion would be a sacrament.” That may be true, but it misses the point entirely. It’s not men who are holding the line against abortion; it’s women. If you doubt that, just visit your local pregnancy care center. If men could get pregnant, they would cease to be men. They’d be women—and their view of sex and childbearing would be dramatically different. Men already support abortion in disturbingly high numbers—for the simple fact that men have a less romantic view of family than their female counterparts. Do boys grow up dreaming of being a father in the same way that girls grow up dreaming of being a mother? Whereas men prioritize the physical act of sex, women are more apt to prioritize the accompanying relationship and all that it entails. In severing the sex act from the bearing of children, abortion is much more aligned with the wishes of men than of women. The sexual revolution—rather than liberating women—has instead initiated a new kind of bondage.

Returning to the assertion I opened with—that more than three-quarters of pro-life leadership is male, I’d like to put Abort73 in the crosshairs. Unlike Live Action, Students for Life, or National Right to Life—higher-profile ministries which are all helmed by women, Abort73 is run by a man. Me. In fact, 100% of Abort73’s staff is made up of white, middle-aged men. Again, me. Though it may appear otherwise—and I hope that it does—Abort73 is a mom-and-pop operation, minus the mom. My wife teaches pre-school and keeps our home from descending into chaos, but she doesn’t play an active role in the day-to-day operations of Abort73. In other words, Abort73 is—gasp—almost exclusively the product of a male mind.

I write with a male voice and design with a male eye, for the simple fact that I’m a man. If Abort73 were helmed by a woman, it would have a different tone, a different look, and probably a different name. Not better or worse, necessarily, but different—and it would almost certainly be more appealing to women. And yet, despite Abort73’s inherent “maleness,” our support is predominantly female. Consider the following:

These are significant disparities that can’t be explained by gender-based differences in online shopping habits or social media engagement. According to the latest data, men and women use Instagram in roughly equal numbers—though the kinds of accounts they frequent vary greatly. To illustrate, I run a separate Instagram account called Spieldraw, where I post digital sports illustrations. Only 27% of my Spieldraw followers are women. Based on my experience running these two Instagram accounts, I can safely say that men are way more interested in sports art and women are way more interested in combatting abortion. In fact, I would go so far as to say that opposition to abortion is a decidedly female thing.

When modern feminists demand abortion-on-demand, or threaten to boycott a state for its anti-abortion legislation, they are actually carrying water for the “patriarchy.” Think about it. If men really cared about extricating society from the evils of abortion, it would have already happened. Abortion exists because most men want it to. And most of the men who don’t are too cowed or apathetic to make a fuss. Men are either happy with the sexual freedom abortion affords them, or they’ve deluded themselves into thinking that they’re supporting women by supporting abortion.

So what’s the takeaway from all this? For me, it’s rather simple. The reason abortion continues to thrive in this country—virtually unabated for 40+ years—is because of the lethargy of “pro-life” men. Fighting abortion, apparently, is women’s work. At least that’s the way it looks based upon the numbers. Men, it’s time to wake up. It’s time to intervene on behalf of abortion-vulnerable women and children. It’s time to give public voice to private convictions. We have forsaken our God-given office long enough. Don’t fall victim to the nonsensical assertion that men have no say in the abortion debate. By and large, it was men who made abortion, and it will never go away so long as the men who oppose it refuse to get involved.

If we're going to smash the patriarchy, let's start with smashing abortion.