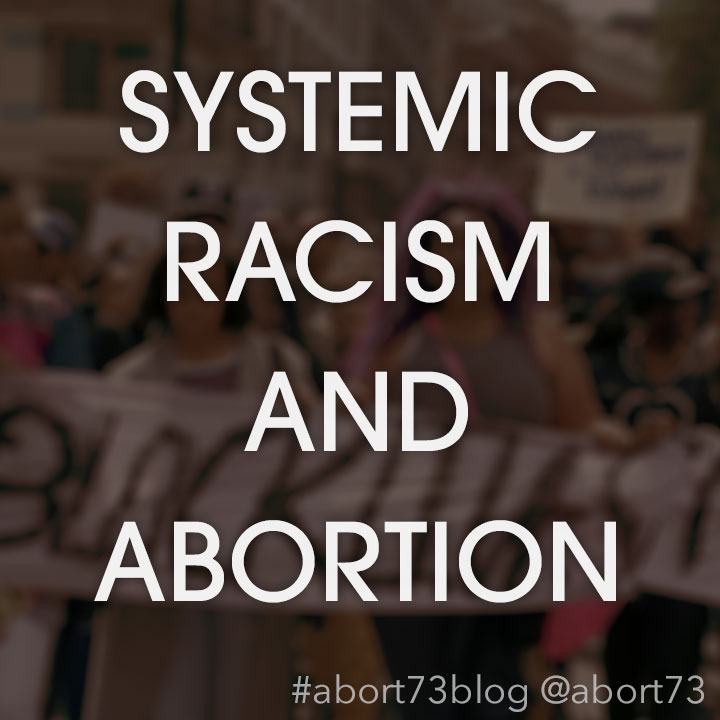 The relationship between abortion and race is a difficult and contentious one—for those on both sides of the abortion divide. The more I study it, the more complicated it becomes. Here’s what we do know: black women in the United States are significantly more likely to have an abortion than white women—somewhere between three and four times more likely. I was faced with this disparity again while examining the recently-released 2014 abortion numbers from the Centers for Disease Control. In every single state in America, abortion kills a much higher percentage of black babies than white.

While examining the overall percentage of black abortions on a state-by-state basis, I began making note of each state’s racial composition. As you might imagine, the comparisons were disturbing. For instance, though the state of Alabama is only 27% black, 60% of its abortions are performed on black babies. To draw attention to this fact, I turned the following statement into an Instagram graphic: “In Alabama, blacks account for 27% of the population and 60% of the abortions.” I accompanied the graphic with the following caption:

I realize of course, that only a small percentage of Abort73’s Instagram followers are abortion-rights advocates, but I hoped the question would reach some of them just the same. Here’s why. Those who professionally advocate for abortion generally do so on the assertion that there is nothing wrong with abortion. Some go so far as to frame is as a positive good—“sacred” even. But I can’t imagine any of them calling the inordinate abortion rate within the black community a good thing.

The first response to my post came from a self-described Abort73 supporter who nonetheless took issue with the basic message. He commented:

This post is racist and should be removed. When you say “blacks” you sound like Donald Trump. It also sounds like you’re blaming abortion on black people and saying black people are a societal problem.

As you might imagine, this was not the response I was expecting. But looking back at my phrasing again, I can see where he’s coming from—at least with regard to the second assertion. Whereas our page “Abortion and Race” clearly positions the black community as a victim of abortion violence, the assignation of blame in this post is more ambiguous. That wasn’t my intention, but it did get me thinking. Is it racist to suggest that the black community bears some culpability for its exceedingly high abortion rate—or is it racist not to? After all, racism cuts both ways. Paternalism can be just as insidious as outright prejudice.

Assuming there is no intrinsic reason for black women to have a higher abortion rate than white women—which I do, the question then becomes: Who or what is responsible for this drastic imbalance? In large measure, this is the same difficulty we face when trying to assign blame for any abortion? Do we lay it at the feet of the mother? Or the father? Or their parents? Or is it the culture? Or the economy? Or the clinics? Or the counselors? Or the abortionists? Or the indifference of those who don’t care about abortion, or simply won’t do anything about it? The best answer is probably, “all of the above.”

In an attempt to improve upon the phrasing of my first effort, I shifted the comparison from overall population to percentage of live births. This is how it translated with regard to Georgia: “37% of the babies born in Georgia are black—as are 65% of the babies who are aborted. What should we make of this?!” Though I do believe this is a more even-handed way of expressing the same basic sentiment, this graphic also led me to an unexpected realization. Here’s what I discovered. In 2014, approximately 32% of Georgia’s population was black, compared to 37% of its live births. Likewise, approximately 61% of Georgia’s population was white, compared to 58% of its live births. In other words, despite an abortion rate that is 3-4 times higher than white women, black women are still having comparatively more babies than their white counterparts.

In this nationally-representative cohort of women who report that they do not desire (more) children, black women were significantly less likely than white women to use any contraception at last intercourse; this difference did not appear to be due to differential access to healthcare. Significant racial/ethnic differences exist in contraceptive use among women who have completed childbearing, which do not appear to be explained by differential socioeconomic status, reproductive characteristics, or utilization of healthcare.

As all studies are wont to do, this study recommends that further study is needed. Why? Perhaps it’s because there’s an unspoken assumption that black women should be using birth control, as much or more as white women. That’s certainly the mentality that drove Margaret Sanger throughout her lifetime. Interestingly, having now read a massive three-volume set of Sanger’s papers, letters, and speeches, I’m no longer inclined to call her an outright racist. Her contempt for the poor and uneducated crossed racial lines, as did her infatuation with the affluent and esteemed. She wrote the following in a 1942 letter to a prominent African-American activist:

Never have I seen a group more responsive than the leaders of your race have been to birth control. With our limited means we can only go out to educate your educators with the hope in our hearts that they in turn will feel the responsibility of the message of enlightenment to pass on down to those next to them. So far we are heartily encouraged and we do believe that we will show in a short time a diminution of the death rates of mothers and children among the colored people, that with fewer children there will be better opportunities for those that are here, better educational advantages, better clothing, food, and higher standards of living. If we can hold the birth rate in check for twenty years and have only the number that can be adequately provided for and decently educated, you would live to see the day that your own people would have the respect and consideration due them.

Sanger's subtle condescension comes through again in a 1942 letter to the advertising executive who helped fund her “Negro Project:”

I think it is magnificent that we are in on the ground floor, helping Negroes to control their birth rate, to reduce their high infant and maternal death rate, to maintain better standards of health and living for those already born, and to create better opportunities for those who will be born. In other words, we’re giving Negroes an opportunity to help themselves, and to rise to their own heights through education and the principles of a democracy.

Sanger believed it was the “responsibility” of the black community to embrace the “enlightenment” of birth control. Holding the black birth rate in check, she promised, would alleviate virtually all social ills. Some 75 years later, the same utopian promises are still being made with equally vacuous results. The irony of course is that the entire abortion empire is ostensibly built on the freedom to choose, and yet this love-fest with “choice” doesn’t seem to extend to women who choose not to use birth control. Shouldn’t that be their choice? Margaret Sanger—who advocated for forcibly sterilizing the “unfit”—certainly didn’t think so. And what, in Sanger’s mind, made someone “unfit?” In large measure, it was the unwillingness to voluntary restrict oneself to two or three children.

The second comment posted to my Alabama graphic explains the high abortion-rate within the black community this way: “Rich whites can manage the expense of kids.” Blacks, apparently, cannot (despite the fact that the average black woman raises more children than the average white woman). This idea that the black community “needs” abortion, to combat the effects of systemic racism, is perhaps the most racist and paternalistic of all. Abortion is not leading to better outcomes for the black community. It is not mitigating poverty, fatherlessness, and crime—or balancing the maternal mortality rate among black women. If anything, abortion simply perpetuates the problems that are already there. It helps to maintain the status quo.

Today, as we celebrate the legacy of Martin Luther King, Jr., close to 1,000 African-American children will lose their lives to abortion. Imagine the headline if these children had already been born: 900+ Black Children Killed on MLK Day! Whether culpability for this violence lies within the community or without, we must not lose sight of its victims. Abortion kills the most innocent and helpless members of the African-American community. They had their whole lives before them, but those lives are being snuffed out. Every day. In America. Yes, there are systemic reasons why black women have more abortions than white women, but that doesn’t make the ensuing deaths any more justified or any less final. Every abortion represents a failure of the system, but more importantly, every abortion costs an innocent child his or her life.