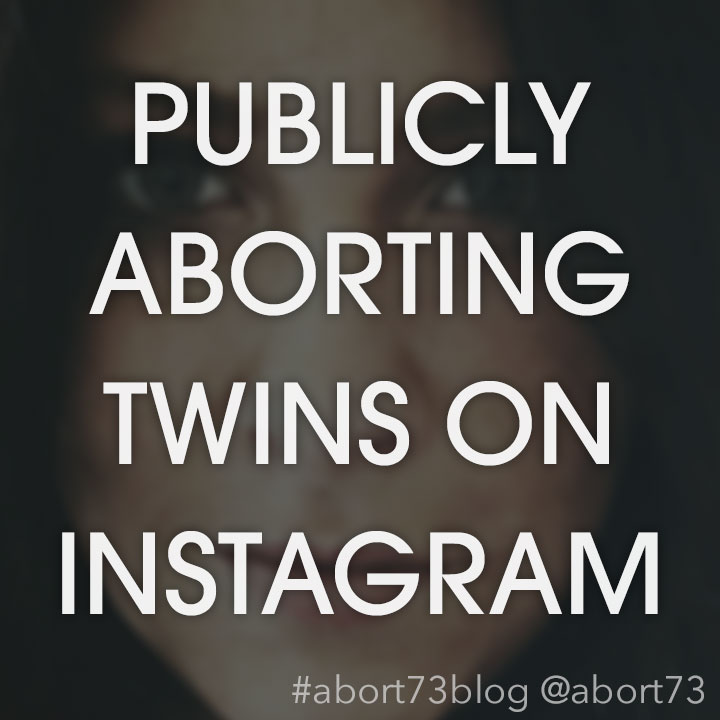 The Daily Beast published an article this week by Emily Shire titled, “Wendy Davis and the ‘Good Abortion’ Myth.” Lest the title confuse you, the author is combatting the notion that some abortions are good and some abortions are bad. Though Shire applauds Davis for her decision to make her own abortions public—saying it was an incredibly brave thing to do—she takes issue with the way Davis did so. The problem with Davis’ confession, Shire argues, is that she felt compelled to justify her abortions as being medically necessary. In Shire’s mind, abortion needs no justification. Trying to explain why you had an abortion simply reinforces the notion that women need a reason for choosing abortion. They don’t, Shire tells us, and concludes by saying that, “until the ‘bad’ abortion stories are just as acceptable (as ‘good’ abortion stories), pro-choice advocates have a long way to go.”

The reason I reference this story is because it highlights one of the subtexts of the abortion debate—the shame that women who publicly advocate for abortion often feel over private abortions. Wendy Davis has been derisively called the “Abortion Barbie.” Her 13-hour filibuster at the Texas state house made her name synonymous with pro-abortion politics, and yet she hid her own abortions from public view for years and writes that the second one threw her into “an indescribable blackness.” That is significant. For as many women who have abortions in the United states—roughly one million a year—it’s relatively rare to find women who will publicly admit to doing so.

Knowing how guarded most women are with their abortions, you can imagine my surprise when I stumbled upon precisely the opposite tact this week on Instagram. While looking through recent posts with the hashtag #abortion, I came upon a young woman from Wisconsin who posted a post-abortion selfie of herself—on September 9—with the following caption:

Got an empty womb. No longer preggo. Getting drunk with my roommate /ex . Dont care. Loving it. At 125 but not for long. 97 by new years!!!!! #anorexia #bulimia #abortion #edfamily #diet #weight #skinny #thin #fat

I was stunned and grieved—on many levels. Of all the abortion-promoting posts tagged with #abortion, hers alone was a personal celebration of her own abortion. Clicking through her earlier entries, I soon discovered that her entire journey—from discovering her pregnancy to visiting Planned Parenthood—was publicly documented on her Instagram account in a series of heart-breaking selfies. This is the progression:

I feel like sh*t. I called in "sick" to work today and turns out I ended up feeling like crap anyway. Nauseated and threw up once today and feel like I'm going to again , except my stomach is empty. I feel like eating something small might ease my stomach but I literally have no food in my house to make anything. Idk what else to do to make my belly feel better. Oh! And did I mention its been 37 days since my last period so that's worrisome being that I had unprotected sex 2x last month. #anorexia #anorexiarecovery #edfamily #edsoldiers #tummyache

Still feel very ill today. Only about 2 hours of sleep last night. Exhausted. Not sure if I'm going to make the full day at work. #anorexia #anorexiarecovery #edfamily #edsoldiers

Shoving my emotions down with Qdoba being that I've found out this eggo is preggo... I'm going to a clinic in the next week to take the pill and get rid of it… I'm in no place to bring a baby into this world… I'm just learning how to take care of myself. #anorexia #anorexiarecovery

I am in no position to bring a baby into this work. I'm stressing out hard.

Being pregnant is extremely exhausting. I get about 5 hours of energy and then sleep for 3hours or more. I have no energy. Also everything sounds unappetizing. And I'm constantly dizzy ,light headed and feeling like I'm going to throw up. Just want this over in a week… #anorexia #anorexiarecovery #edfamily #edsoldiers #pregnancy

First appointment at planned parenthood tomorrow. Having the ultrasound and scheduling a date to abort this mission for good. #anorexia #anorexiarecovery #edfamily #edsoldiers #pregnancy

Yesterday I had my first appt at planned parenthood. Find out that I have twins. Great. NOT! I'm so f***ing bloated. I haven't gained any weight but nothing fits… And now I'm worried that taking this pill is going to be so much more painful because I have 2 fetuses to expel . I'm so f***ing irritated. And I know people can tell my stomach is more distended lately because I've caught coworker who dont know what's going on, staring at my midsection while talking to me. Next Saturday I take the pill to induce the early labor and finish this all. #anorexia #anorexiarecovery #edfamily #edsoldiers #pregnancy #twins #abortion #constipated

After a day of abdominal cramping and nearly fainting each time I stand up, I ordered #jimmyjohns and hopefully this will help . #anorexia #anorexiarecovery #edfamily #edsoldiers #pregnant #twins.

One more day until the process abort mission begins. Finally an end to all the bloating and time to get back down to my weight.

I took the pill yesterday . It was painful and I passed out on the floor outside my bathroom but its all over now. I know it was the right choice to make.

Tragically, none of her friends voiced any concern over her plans to violently end the lives of her young children. The exchange below—in the comments section of her August 30 post—is indicative of the prevailing sentiment:

friend: OMG you're having twins???

girl: [I’m] pregnant with twins. Not having them. I'm taking the abortionpill next week.

friend: Oh okay, yeah, I respect that, I couldn't have twins, plus you're so thin it wouldn't end well for you.

The only person to question her resolve was someone who apparently did not know her personally. This exchange took place on August 29:

Instagram woman: Seriously u r going to abort those twins? I had twin girls at 20 weeks because I went into labor early, I would do anything to be able to see my girls and watch them grow up. At least u could give them life, put them up for adoption. Abortion is MURDER!!

girl: Abortion is a choice so f*** off. Right now its just a parasite only living off of me. I would survive in this world without a host. The definition of a parasite. Plenty of years ahead for me to have children

It’s so easy for abortion to become an abstraction—even for those who devote their vocational lives to combat it. It’s so easy to forget that every day, everyday girls—who pass by you on the street and post selfies to Instagram—are getting pregnant and getting abortions. Think about that as you go through your day—as you interact with people both in person and online. Even though this girl was not at all receptive when someone challenged her plans to abort, I suspect the conversation would have gone differently if it had been a friend—which raises a question. Are we reaching out in friendship to the hurting people around us? Few girls will so blatantly and publicly share their plans to end the life of their child, but abortion-vulnerable women are all around us. What will we do to lovingly but decisively reach them?