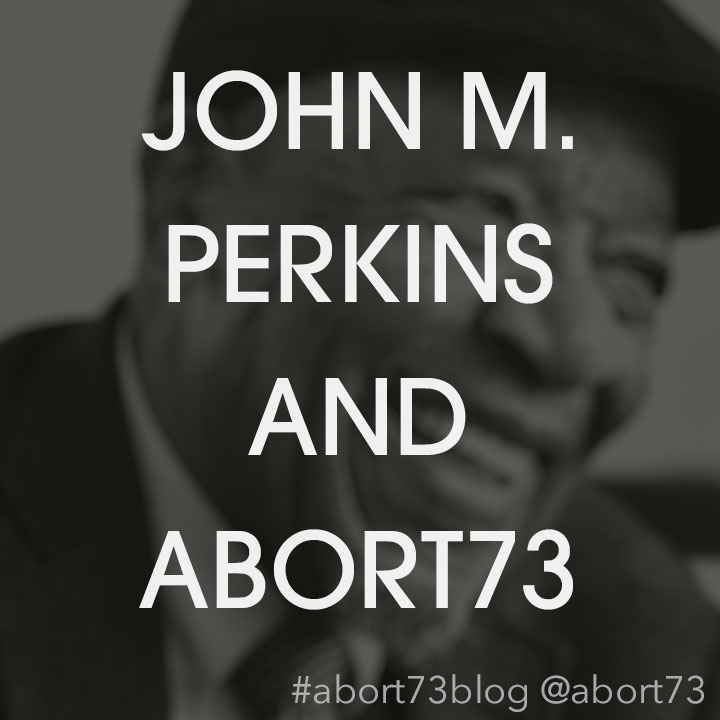 Like countless others, I was introduced to John M. Perkins through track 4 on Switchfoot's Hello Hurricane—or so I thought. As it turns out, I was re-introduced to John Perkins through that album and for that I am extremely grateful. Last year, Abort73's annual board meeting took place on November 12, in Los Angeles. The day before, Switchfoot began their Hello Hurricane tour in Hollywood. I took in the debut at the Roxy and saw them again when they came through Chicago. In both instances, Jon Foreman took some time to talk about John Perkins - a civil rights activist from Mississippi who has had a profound influence at getting the American, evangelical church to connect a love for Christ with a love for the oppressed.

I recently read John's book, Let Justice Roll Down—a largely autobiographical look at his early life and ministry. It's not a new book. It was first published in 1976, the year after I was born, but in light of the evangelical church's reawakening to social justice issues, it has gained a new audience. For my part, I was immediately struck by a rather startling connection. In the opening acknowledgments of the book,  and later on in chapter 10, John thanks Dr. Jack MacArthur and Calvary Bible Church of Burbank for being the first church to give financial support to his ministry in Mendenhall, MS. Calvary Bible Church of Burbank, though no longer pastored by Jack MacArthur, was also the first church to pledge monthly, financial support to Abort73 – some 50 years later!

A second connection to John Perkins came, not through the book, but when I went online to learn more of what he was doing today. I soon discovered that in 1982, the Perkins family moved back to Southern California and began a new ministry in Pasadena—in a neighborhood that, at that time, had the highest daytime crime rate in California. They bought some former crack houses and converted them into the Harambee Christian Center. Ten years later, during the summers of 1992 and 1993, I would work at the Hamambee Center—a partnership set up through the high school ministry at Grace Community Church, a church that was and is pastored by Jack MacArthur's son, John. Small world.

More research revealed that John's son, Derek, was Harambee's on-site director while I was there, and in probing my memory further, I'm almost certain that John, himself, spent time with us as well. I can recall the group of us sitting on the floor in the pre-school room, listening in awe to an older, soft-spoken man who had a remarkably commanding presence. Little did I know, then, all that went into that presence. John Perkins has seen and endured what few others have. No wonder his picture looked so familiar to me. If only I'd had the sense to pick his brain further!

Thankfully, some of what I failed to glean back in high school is available through this book. Here are the quotes that stood out to me the most: