Four Reasons to Donate to Abort73.com 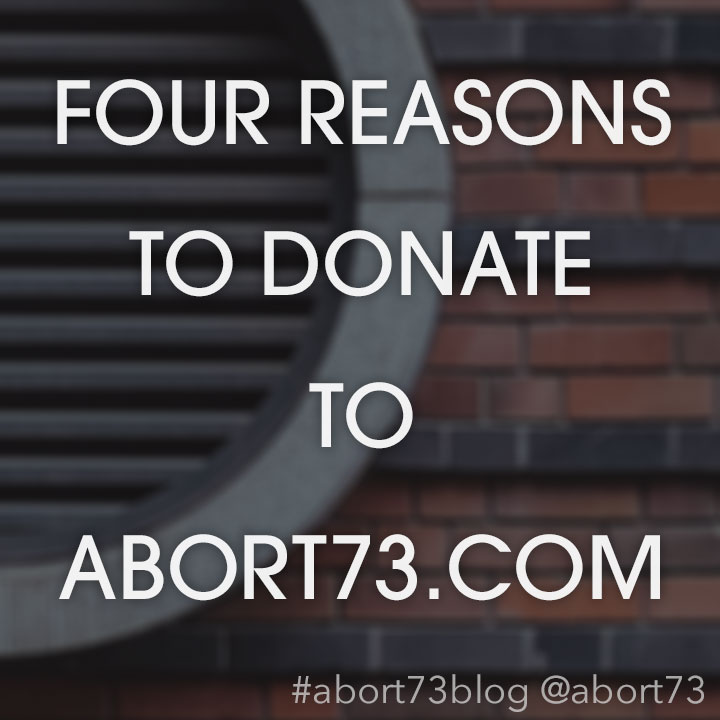 We’re halfway through the month of December. Have you given any thought to making a year-end donation to Abort73? Our goal is an impossible one: $20,000. There’s no feasible way for an organization our size to get there, but that’s about what we need to get back to even for the year. Since launching our GIVE (like you mean it) campaign on Giving Tuesday, we’ve received eight donations for a total of $2,131. That leaves us almost 90% short of our goal.

There are a few reasons for that.

Perhaps you want to give, but are flat broke. We could still use your assistance! If you’re unable to donate, how about signing up as a fundraiser? Chances are you know people I don’t. Would you mind introducing them to Abort73? There are a slew of online tools to help you raise money on Abort73’s behalf. You can fundraise as an individual or as a team—and we’ll be giving out free shirts to the fundraisers who bring in the most. Simply look for the “Become a Fundraiser” button to get started.

Whatever you do, the important thing is to not do nothing!