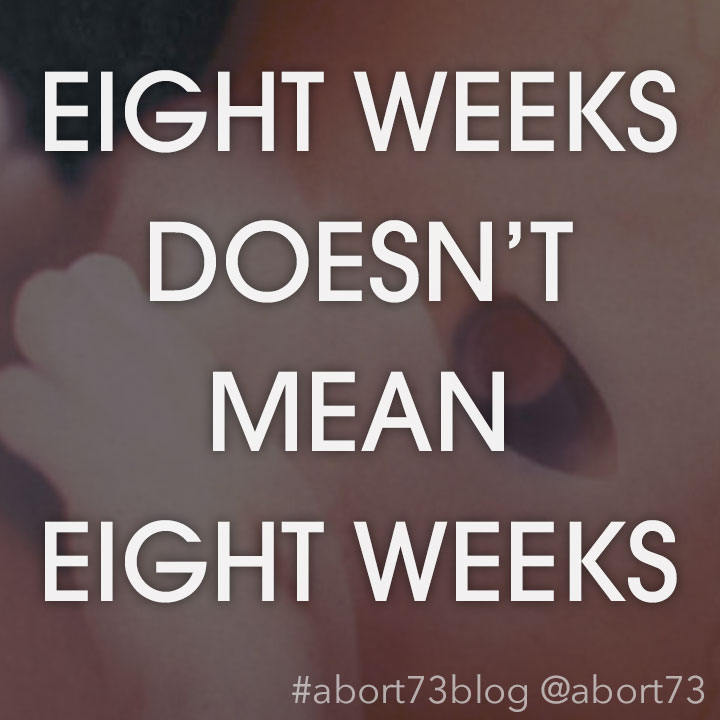 Be careful how you argue. I was reminded of that last week while listening to an abortion-related sermon clip that kept popping up in my network feeds. In this instance, a courageous, high-profile pastor was exactly right about the evils of abortion, but he was wrong about some of the facts. Unfortunately, he is not alone. I’ve heard the same misstatements before, and the widespread sharing of the clip in question simply illustrates how extensive our general ignorance can be.

People can get into trouble very quickly when they start to unknowingly mix these aging metrics—as was the case in the sermon I heard. Here is an excerpt:

By eight weeks… babies will suck their thumbs, they respond to sound, there’s evidence building that they are dreaming… they recoil from pain… At eight weeks, all major organs are functioning—which means you have a nervous system that’s developed and you have a brain that receives signals… The heart is pumping, the liver is making blood cells, the kidneys are clearing fluids, and there’s a fingerprint… Now listen to me, nearly all [of the] abortions committed in the western world last year were performed after this period of time.

All of the prenatal benchmarks that are referred to above are based on fetal age—which is the age from conception. You’ll find most of them on our "Prenatal Development" page. However, abortion statistics in the United States are not based on fetal ages. They are based on gestational ages—which measures back to last menstruation. As such, when an 8-week, unborn baby is killed by abortion, it is recorded as a 10-week abortion. In other words, eight weeks doesn’t mean eight weeks.

In addition to the credibility loss of misstating facts, this particular error creates a secondary problem that is no less significant. If we place too much emphasis on functional capabilities like thumb-sucking or dreaming—or too much emphasis on developmental milestones like fingerprints and brain-wave activity, we subtly infer that abortions that happen prior to these markers are less heinous. They are not! It is the humanity of unborn children—not their functional capabilities—that makes abortion so atrocious.

In light of the fact that so many abortions take place before the unborn child begins to look or act human, we must be cautious about putting all our eggs in one basket. Yes, it can be helpful to talk about prenatal development, but we must not be guilty of spinning facts to better fit our agenda. The truth is, three, four and five week embryos look and act just as human beings should at their age. They might not look like a born child or a grown adult, but that doesn’t make them any less human—and it doesn’t make their lives any less valuable.

Opponents to abortion already have a credibility problem. Our motives are constituently misconstrued—which is why it’s so important to get our facts straight. This is especially true when the error is in our ideological favor, so to speak. It might benefit us in the short run to lead people to believe that most of the babies being aborted are further developed than they are, but the truth will eventually come out. Far better to correct it ourselves than have it eventually thrown in our faces by those who support abortion. The “rightness” of a cause does not inoculate its advocates against the propagation of error—as I learned last week when I erroneously declared there to be almost one million U.S. abortions each week (I meant to say year!). So, as each of us does what we can to intervene for abortion-vulnerable women and children, may we be careful how we argue!