Yesterday I updated Abort73's page on abortion clinic abuse. Today I read of a purported connection between one of the abortionists recently charged with five counts of murder in Maryland and the Florida abortion clinic that caught fire over the weekend. Though I suspect the connection between the two may be nothing more than journalistic sensationalism, it was another example of how consistently sordid the abortion industry proves to be. The moral character of its practitioners seems little changed in the 40 years since Dr. Bernard Nathanson first found them to be "as picturesque and venal a band of scoundrels as had been collected [in the history of surgical medicine]."

Why were these two stories connected in the first place? Because the Pensacola abortion clinic that caught fire on New Year's day shares a New Jersey mailing address with the abortion clinics owned by Steven Brigham, the abortionist on trial for five counts of first-degree murder. Authorities have not yet determined whether the fire was an act of arson, but it has turned into a federal investigation because of the nature of the business and the history of violence associated with this particular abortion clinic. It was bombed in 1984, and ten years later an abortionist and clinic escort were shot and killed in the parking lot. Paul Hill, the gunman responsible for the 1994 murders, was executed in 2003, and it's worth mentioning here that Abort73 uniformly condemns the use of violence to oppose abortion. 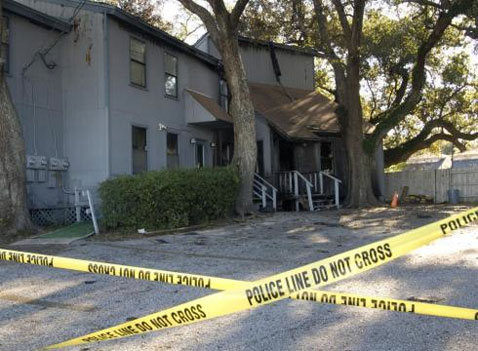 Though it's too soon to say much more about the investigation in Pensacola, it's remarkable what the investigation in Maryland has already turned up. It began in August 2010 when Brigham and an abortionist colleague, Nicola Riley (also charged) dropped a severely-bleeding patient off at a local hospital after a botched abortion. When authorities showed up at his clinic to investigate, they found 35 second and third trimester fetuses in his freezer – prompting the Cecil County state attorney to seek murder charges under a Maryland law that prohibits the intentional harm of a viable fetus. The stories also reveal that Brigham performed abortions in Florida until his medical license was revoked in 1996. His New Jersey license was suspended in 2010, and a "cease-and-desist" warning was issued to him that same year in Maryland. Leading abortion advocates argue that Steve Brigham is simply an "anomaly," but that is clearly a stretch. The name, Kermit Gosnell, comes to mind.

As pointed out on Abort73's clinic abuse page, it is only the political-safety net surrounding most abortion clinics that keeps more stories like these from coming out. When inspectors finally go in, very bad things come out. Case in point, the abortion clinic closest to my house has been closed since September after miserably failing a state health inspection – the first it was subjected to in many years. A settlement was reached today that will allow them to reopen, but it took four months and a $10,000 fine for the clinic to finally satisfy the relatively basic state health requirements. Call this an anomaly if you want, but I don't. After all, can we really expect anything less from an industry whose entire business model centers on the violent destruction of the most innocent and helpless members of the human race?