Abort73.com > Abort73 Blog > Abortion and the Angel of Auschwitz

Abortion and the Angel of Auschwitz 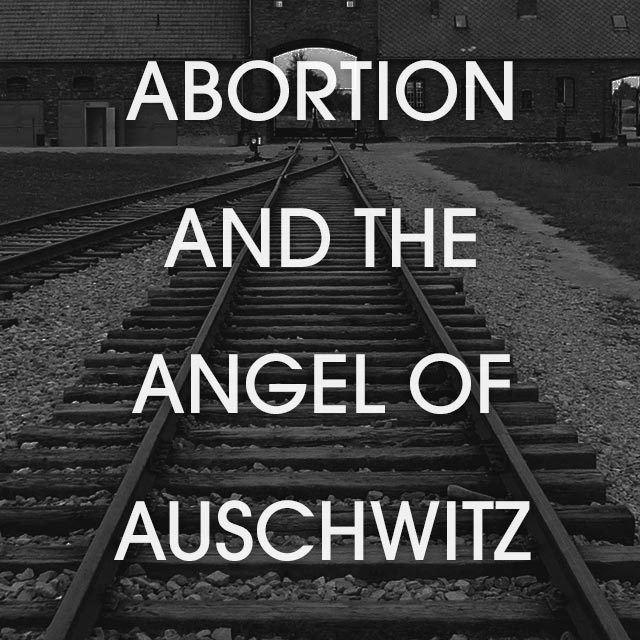 By and large, the emails that come to me through the Abort73 website are mostly variants of the same basic questions or assertions. It’s rare when a question comes in that I haven’t already heard, but such was the case a few weeks back. The question centered on Gisella Perl and was prompted by the post below—which has now been reposted hundreds of thousands of times:

Gisella Perl was forced to work as a doctor in Auschwitz concentration camp during the holocaust.

She was ordered to report ever [sic] pregnant women do [sic] the physician Dr. Josef Mengele, who would then use the women for cruel experiments (e.g. vivisections) before killing them.

She saved hundreds of women by performing abortions on them before their pregnancy was discovered, without having access to basic medical supplies. She became known as the “Angel of Auschwitz”.

After being rescued from Bergen-Belsen concentration camp she tried to commit suicide, but survived, recovered and kept working as a gynecologist, delivering more than 3000 babies.

**I want to nail this to the forehead of every anti-abortionist who uses the word “Holocaust” when talking about legal abortions.**

Despite her connection to abortion and despite her designation as the “Angel of Auschwitz,” Gisella Perl was a name I had no familiarity with at the time. The question I was tasked with answering was simply this: How should we who are opposed to abortion respond to someone like Gisella Perl? Do we accept the narrative being framed for us—that abortion can be necessary and noble—or do we stick to our proverbial guns? On the one hand, I am an anti-abortionist who compares abortion to the Holocaust. On the other hand, I grow weary of the attempts to overly simplify difficult ethical questions.

If the person who originally expressed the desire to pierce pro-life foreheads is guilty of a non sequitur—as I believe he or she is—I must guard myself against spinning stories in accord to my own idealogical agenda. Having now researched the life of Gisella Perl at some length, here are my conclusions:

The actions of Gisella Perl have little to do with the ethics of abortion today.

The circumstances under which Gisella Perl performed her abortions share nothing in common with the circumstances surrounding us today. In other words, whether or not she was justified in her actions has no bearing on whether abortion can be justified in our modern American context. Women who have abortions in 2015 will not be killed, maimed, or experimented upon if they are found to be with child.

Giselle Perl shows us that there is no meaningful difference between abortion and infanticide.

Prior to the advent of suction curettage and the liberal use of antibiotics, abortion was an exceedingly difficult and dangerous procedure. How much more so if the physician performing it was operating clandestinely out of a German concentration camp—without access to even the most basic medical supplies?! The first question I had when I heard Perl’s story was, How? How was she able to perform any abortions under the conditions she found herself in?

A 2012 feature on Jewish Holocaust doctors—published by Boston University—confirmed what I suspected. Not all of the children Perl killed were aborted in the womb:

[Perl] wrote of the arrival of Yolanda, a poor former patient who had once sought the doctor’s help to conceive. Now, here was Yolanda, transported from Hungary, her belly swollen nearly to term. Perl delivered the baby—a boy—in secret, on the foul floor of the camp toilet, with her bare hands and without a drop of water. Then she put Yolanda in the hospital with pneumonia, not one of the illnesses, like typhus, that was punishable by death under camp edict. At first she hid the baby, whose cries would have brought certain death for him and his mother and would have put an end to Perl’s clandestine efforts to save as many pregnant women as possible. “Then I could hide him no longer,” she wrote. “I took the warm little body in my hands, kissed the smooth face…then strangled him and buried his body under a mountain of corpses waiting to be cremated.”

In a 1982 New York Times interview Perl said, "I learned that [pregnant women] were all taken to the research block to be used as guinea pigs, and then two lives would be thrown into the crematorium. I decided that never again would there be a pregnant woman in Auschwitz... No one will ever know what it meant to me to destroy those babies, but if I had not done it, both mother and child would have been cruelly murdered.’’ By killing some babies, Perl rationalized, their mothers would survive to bear more babies. She saw that as a net gain.

It’s noteworthy that Perl doesn’t try to justify her actions by appealing to the moral insignificance of unborn children. Rather, she makes no distinction between their worth and the worth of their mothers. By her accounting, they both would have been “cruelly murdered” if she hadn’t intervened. Perl made the calculated decision to murder one person to prevent the SS from murdering two persons.

The NYT article goes on to report that after immigrating to America, Perl would work for Alan Guttmacher—a one-time Planned Parenthood president—at Mount Sinai hospital. She is reported to have delivered approximately 3,000 babies during her time in New York. I can find no mention of her performing any more abortions after the war.

Giselle Perl was haunted by the abortions she performed

The Bostonian feature I referenced earlier states that the abortions Perl performed “haunted her until her death." Despite her best intentions, the choices Perl made followed her to the grave. If she had it to do over again, would she have done things differently? I don’t know. Opponents of abortion can disagree about whether or not Perl was justified in her actions, but the real dilemma in this story goes way beyond abortion. Ultimately, the question is this: Is it morally justifiable to kill one innocent person as a means of saving another innocent person? And would the answer change if the person you had to kill was going to die anyway? Or would the answer change if one murder could save two innocent people—or 10, or 20, or 1,000?

For my part—safely removed from all such torturous realities, I believe it would be better to die than to become a murderous instrument—even if that meant other innocents would die with me. Much of my conviction in saying that resides in a belief that (A) God has a plan and (B) there is more than physical life and death in play. Even if someone had a gun to the head of my child, there are certain lines that must not be crossed. Wicked men cannot always be negotiated with, nor can we become them to oppose them. Against all hope, some children survived the Nazi death camps. It’s possible that some of the children Perl killed would have been among their number.

In 1948, Gisella Perl published a book—I Was a Doctor in Auschwitz. Sadly, it is out of print and prohibitively expensive on the secondary market. I settled instead for the more economically-priced account of another Jewish doctor in Josef Mengele’s “employ.” Dr. Milos Nyiszli writes of Josef Mengele:

He sent millions of people to death merely because, according to a racial theory, they were inferior beings and therefore detrimental to mankind… To find so much cynicism mixed with so much evil in a doctor surprised me, even in the KZ. He was no ordinary doctor, but a criminal, or rather, a “criminal doctor.” (60, 97)

Josef Mengele was never caught or convicted after the war. Instead, he fled to Buenos Aires where he continued the devilish practice of human extermination—this time as a private abortionist. Though some folks want to put nails through the head of anyone who suggests that abortion is comparable to the Holocaust, I suspect that Dr. Mengele found the transition between Auschwitz and the abortion clinic to be an all too easy one.