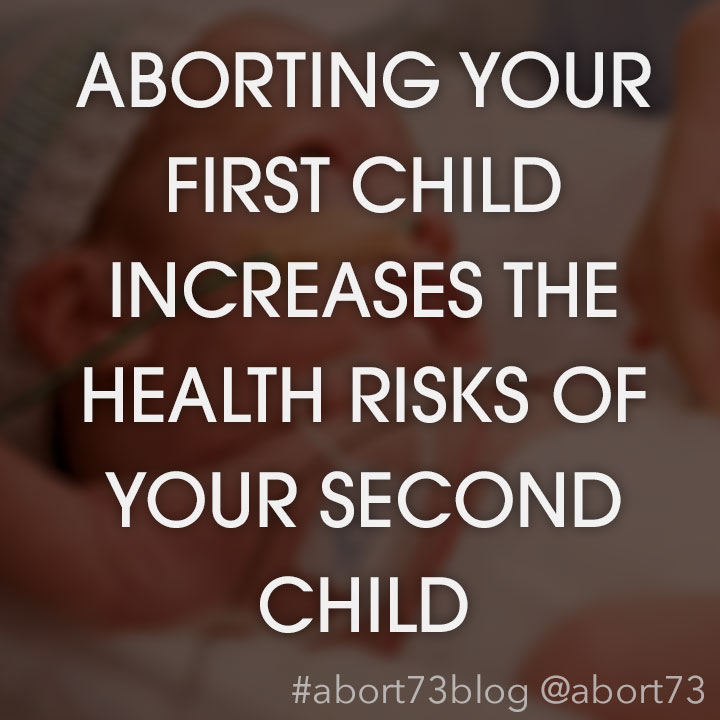 Every day in America, somewhere around 2,500 women have an abortion. Tens of millions of American women have had an abortion since 1973—the year that seven non-elected men unilaterally declared it to be a constitutionally-protected act. Over the 20 years that I have vocationally-opposed abortion, I’ve heard many women explain why their particular abortion was necessary. By and large, their rationales can be boiled down to one of two things. Either they didn’t want a baby, or they didn’t think they could handle a baby. Among those women in the second camp, the sentiment expressed below is not uncommon:

I think, maybe once I am working a good job and making enough money, once I can buy a nice house, once I find someone who WANTS to raise a child with me, that will be the right time. I don't regret my decision to get an abortion. It was an incredibly difficult decision, but now I am spending my time building a better future for my future child, so I can give them the life I wouldn't have been able to give to my first child.

This 22-year-old woman, who wrote to Abort73 some months ago, is not alone. She has lots of peers who share the conviction that by aborting their first child, they’ll help secure a better life for their second child. The future, they assume, will find them in a better place—and they might be right. “I am now in school and employed,” a post-abortive woman from New York told us, “and looking forward to when I can have children as a healthy adult in a happy and stable relationship.”

On the one hand, both of these women are demonstrating a measure of wisdom. It makes sense, after all, to wait until you graduate and get married to start having kids. Doing so all but guarantees better outcomes for everyone involved. The problem, of course, is that once you’re pregnant, you already have a kid. The life of your tiny son or daughter has already begun. So while still being in school or not being in a committed relationship are both excellent reasons to not get pregnant, can either one justify the killing of a human child, even if it is exceedingly small and dependent?

For those who are ethically-opposed to abortion, these arguments of expedience are not compelling. They don’t carry any moral weight. It doesn’t matter if abortion will make things better for your second child since it causes the death of your first child. And because we take a principled approach to the issue, we’ve left the first question unanswered—or perhaps taken abortion’s pragmatic advantages for granted. So that’s the question I want to look at now. Does aborting your first child help ensure a better future for your second child? To answer that, I’d like to direct your attention to the book Complications: Abortion’s Impact on Women. Assembled by a team of physicians, researchers, and psychologists, and published by The deVeber Institute for Bioethics and Social Research in Canada, it opens with the following disclaimer:

It is evident that the majority of women undergo induced abortion without experiencing any adverse consequences, physical or psychological.

Given the agreement among these large-scale studies from several countries (regarding the health risks of abortion), why do some North-American researchers continue to assert that abortion is safer than childbirth? One reason is that they confine their attention to the six weeks (42 days) after the termination or birth event.

Abort73 has already devoted a number of pages to the various ways abortion threatens the health of the aborting mother, but we haven’t published anything about the various ways abortion threatens the health of her future children. It’s clearly time we do. Though some aborting women demonstrate no concern for the well-being of future children, others certainly do. And abortion is doing them no favors. Even the best-case scenario in the long list of adverse health outcomes—preterm birth—can be plenty serious. “Preterm or low-birth-weight children,” as Complications points out, “have a much higher incidence of medical disabilities [and] fare worse in the educational system, on the job market, and in finding a life partner.”

The statements below all come from Complications and explain further how abortion makes all sorts of negative health outcomes far more likely than they otherwise would have been:

All that to say, if you find yourself pregnant, but “the timing isn’t right,” know this. Having an abortion doesn’t increase the likelihood that your future children will enjoy a healthier, more-secure life. Statistically, it actually does the reverse. Though most women who have an abortion don’t exhibit adverse health consequences down the line, the proportion of women who do is massively higher than for those who gave birth. You might think that by having an abortion, you’re making it more likely that your future children will be healthy and happy—but it turns out you’re not.