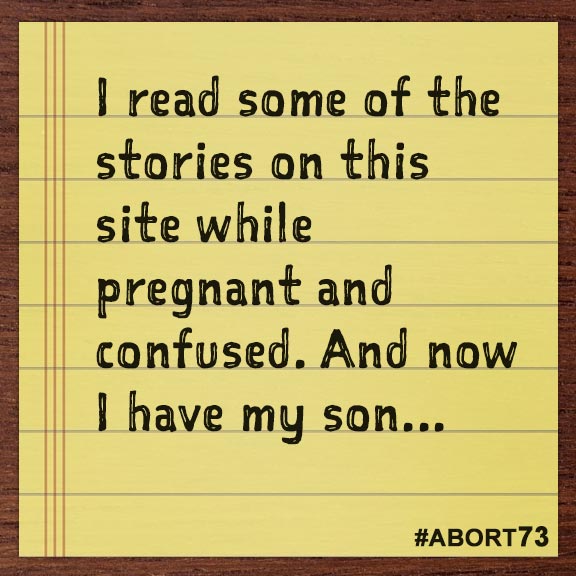 I read some of the stories on this site while pregnant and confused. And now I have my son...

I didn't want him that night. But I didn’t want to fight about it. I had Cerebral Palsy and had been diagnosed with Asthma. I found myself pregnant at 26-years-old. I was scared, surprised, and I felt alone. I sought out help online. I called abortion centers. My doctor said  it wouldn't be selfish but smart—to give up. I wanted to give up so badly. I had Hyperemesis Gravidarum. I started going to my appointments in a wheel chair. I called Planned Parenthood. They said they might be able to pay for it, or at least help get it paid for. I vomited and vomited. I was having such a hard time. I thought there was no way out. I called another clinic and another, and then I had my baby in December of 2016. I don't have to face regret for ending his life through abortion. I read some of the stories on this site while pregnant and confused. And now I have my son. I just wanted to thank God and those that helped me through one of the most difficult times in my life.