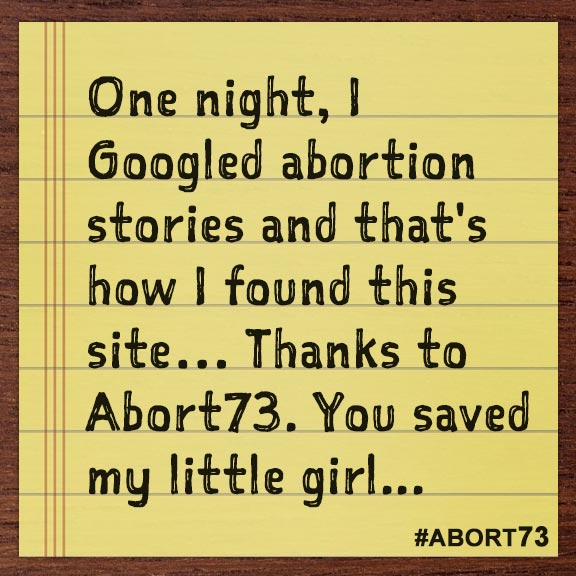 One night, I Googled abortion stories and that's how I found this site… Thanks to Abort73. You saved my little girl...