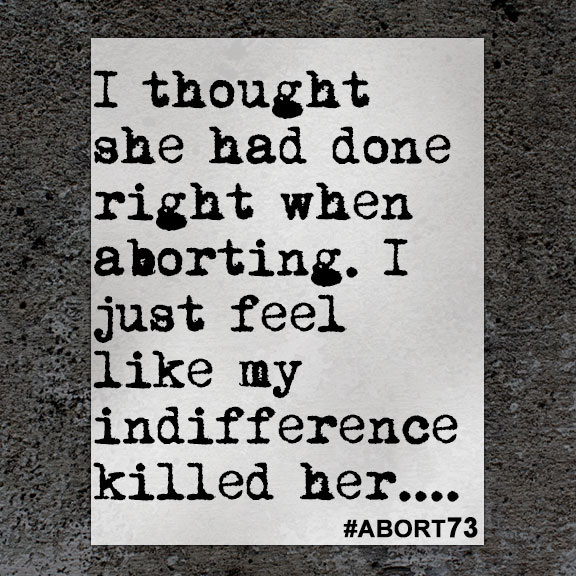 I thought she had done right when aborting. I just feel like my indifference killed her...

This story is not so much about me as my now-deceased sister. It was the spring of 1982. I was 16, and she was 19—and in her second year of college when she got pregnant. Her boyfriend was upset with the news and wanted her to get rid of it. She found herself in the middle of a big personal problem. She loved kids, but didn't want to give up her studies nor her boyfriend, so she did it. She went through with the abortion, although she didn't want to. Even though she did it for him, he left her shortly after that. And it was only the start of a chain of unfortunate events that would end when she committed suicide later that year. Her severe depression had led her to drop out of school and become a drug addict. I feel somewhat guilty, because even though I liked her a lot, I thought she had done right when aborting. I just feel like my indifference killed her.