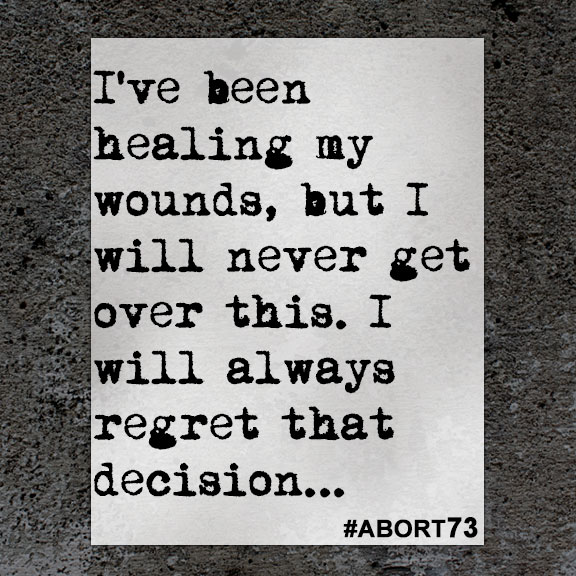 I've been healing my wounds, but I will never get over this. I will always regret that decision...

Abortion has been recently legalized in my country—the capitalist and westernized South Korea. This has made me think of the untold effects I suffered and still suffer—the same ones that thousands (if not, millions) of women will suffer too—and the disastrous consequences that the country will have in demographic terms. The birthrate is already very low.

I was born in 1963, just a decade after the "end" of the Korean War. I moved with my family to the US when I was a teenager, some time after Roe vs Wade. I've really lived a good life in Seattle, where my family settled. I met the love of my life—a Mexican guy five years older than me—in the 80s. My family didn't approve our relationship at first, mainly because they wanted me to marry a Korean man. But he showed love and respect to my family, and my family eventually started liking him. He was a good man, and we loved each other so much. We would go to have three children together, but I got pregnant a 4th time, back in late 1991. He never noticed I got pregnant, and he died in a work accident before I was able to tell him. I was very scared and sad. I had lost the love of my life, and I had no idea how to get ahead with three children without enough money. That's when I made that nefarious decision. I don't feel like telling what happened because it's something hurtful and other girls already mentioned all of it. Sometime after the abortion, I moved back to my birthplace, Busan, where an old friend of mine got me a good job. The reasons I moved back were my parents. They wanted to spend the last years of their lives there; they wanted me to go with them. At first I was reluctant, but, I decided to move along. I wanted to leave the experience of my abortion behind, and I thought moving out of Seattle would help.

I had a hard time trying to forgive myself for what I had done. I ultimately did. I've been healing my wounds, but I will never get over this. I will always regret that decision.