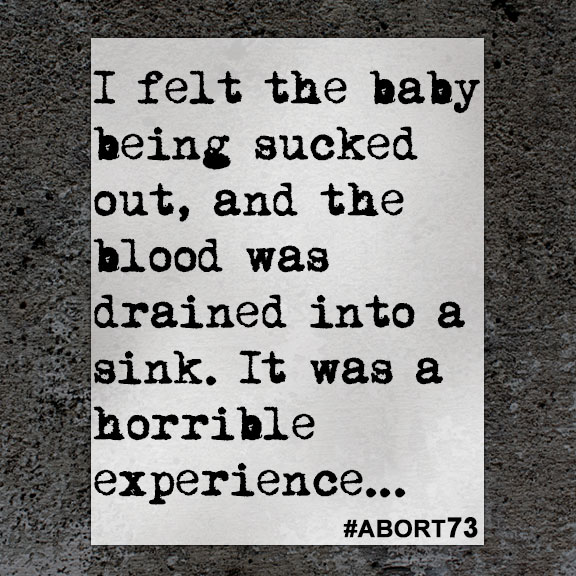 I felt the baby being sucked out, and the blood was drained Into a sink. It was a horrible experience...