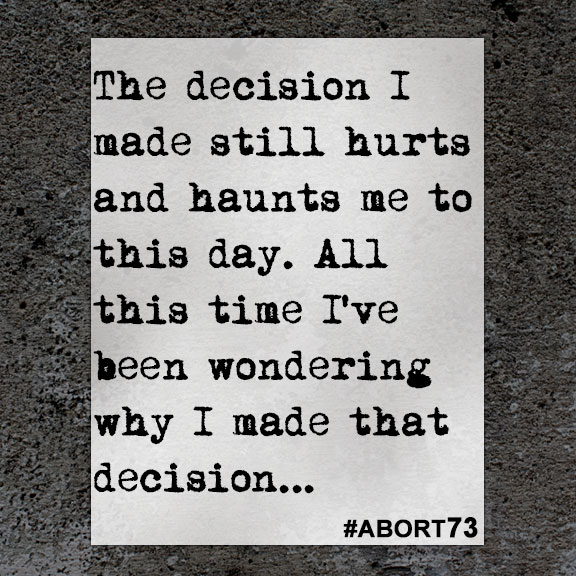 The decision I made still hurts and haunts me to this day. All this time I've been wondering why I made that decision. ...

Abortion was legalized in my country in 1985. At that time, I wouldn't have thought that some three years later, in 1988, I would have an abortion myself at 17. I really wanted to have that child, but I was a problematic girl and I didn't want my parents to know I was pregnant. But now that I've grown up, I know it was very stupid and irresponsible to do things that way. But I had no support then. My boyfriend left the country and I never heard from him again, and if my parents found out, I feared to be kicked out from home. The decision I made still hurts and haunts me to this day. All this time I've been wondering why I made that decision.