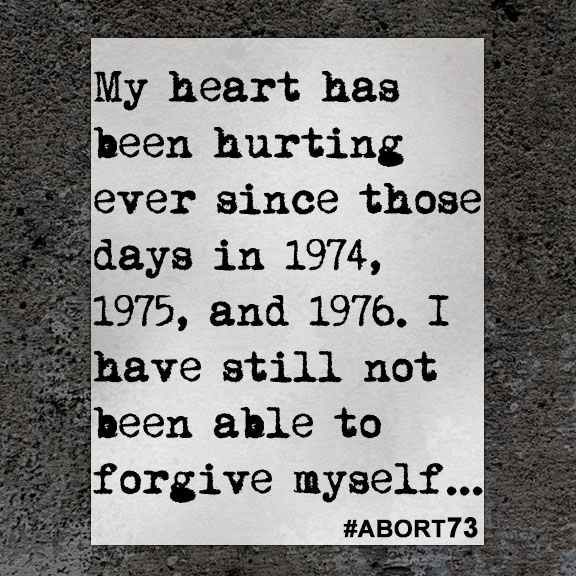 When I was 18, and had just gave birth to a beautiful little boy, I got pregnant again. I was still in high school and afraid of going through it all again. My mother made me drink some quinine, but it did not work. I left school that morning and walked 11 blocks to this doctor’s office and had an abortion. I walked back to school like nothing happened. My boyfriend wanted me to have the abortion, but did not offer to drive me there—not just once but two more times, by the same doctor. I finally got pregnant again. This time I had the baby and almost died. He wanted me to abort him. But I said "no more." We ended up getting married after I gave my life to God on my death bed. I had been through too much and realized that God had forgiven me. I had another child and kept her also. My heart has been hurting ever since those days in 1974, 1975, and 1976. I have still not been able to forgive myself. I divorced my husband and had many affairs while I was married. I need help. I am now 62 and still remember the day.