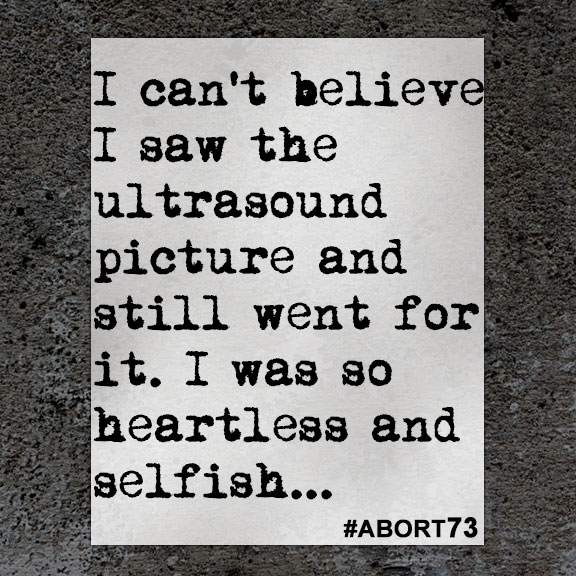 I can't believe I saw the ultrasound picture and still went for it. I was so heartless and selfish...

I still remember when I saw the pee stick turn into a positive. I was in shock. I immediately called the guy I'd been having sex with. We'd been dating for three months or so, but had little bond. He said to me, "Wow, I'm gonna be a poppa?!" I said, "Yes. I guess?" But out of nowhere we both decided we couldn't keep it. We were 22, still in college. My dad would've disowned me. I went through with an abortion. I wish I hadn't. My kid would've been six now. That guy and I kept dating afterwards. We could've been great parents. I could've been a great mom. I can't believe I saw the ultrasound picture and still went for it. I was so heartless and selfish. I wish I could go back and say "Stop!"