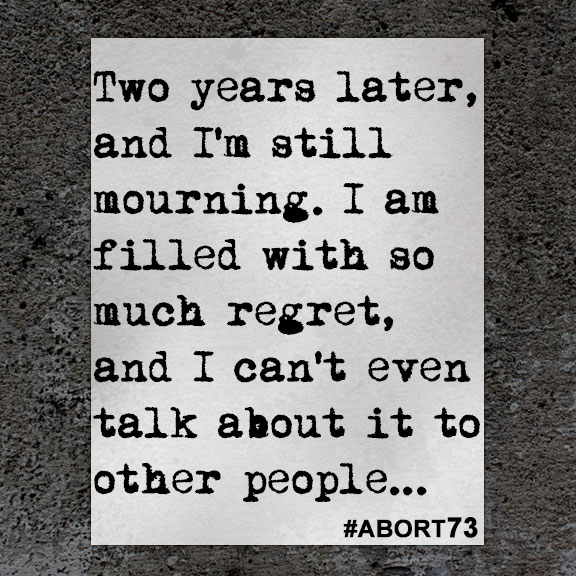 Two years later, and I'm still mourning. I am filled with so much regret, and I can't even talk about it to other people...

I was 20 when I discovered that I was pregnant. I thought I had a bad stomach bug and doctors couldn't really tell what was wrong with me. In the end, I was told that it was because I was pregnant. I was five weeks. I didn't know what to do. It was heartbreaking; my parents were definitely going to kill me, especially my father. My boyfriend was scared. There were so many odds against me having a baby that I decided to abort. It was a 10-minute procedure, but the pain I went through cannot amount to the pain I feel right now. Two years later, and I'm still mourning. I am filled with so much regret, and I can't even talk about it to other people. I still have the scan. I still carry it around; I wish I never went through with it. It is by far the worst decision I have ever made. I often wonder what it would be like, if it would have been a boy or girl, and if it would look like me or my boyfriend. My heart aches. Sadness has clouded over my heart, and I cannot even go a single day without thinking about it.