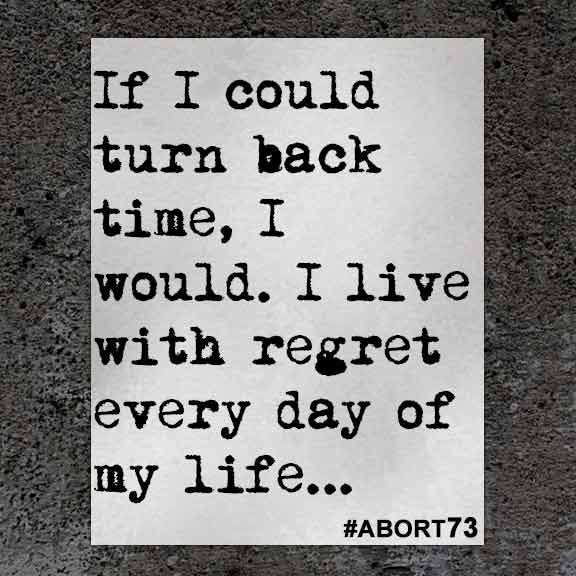 If I could turn back time, I would. I live with regret every day of my life...

It was April 1996. I found out I was pregnant with a man I loved. He was only 19. When we found out I was pregnant, he was all for it—then things changed. He decided he was too young and wanted me to abort my baby. Without thinking of the consequences and the guilt I would feel, I agreed. We did it in a hospital so no one knew why I was there. After the procedure I had so much regret. I cried and couldn't shake the feeling of what I did. Even the nurse at the hospital wanted to show me the fetus after it was removed. Why didn't they show me a picture or ultrasound before? I might have changed my mind. I was feeling so guilty. Six months later I got pregnant again by him, and I swore to myself I would never ever go through that again. He wanted my second pregnancy gone, but I told him no way. “I am keeping this baby with or without your approval.” That baby is now 19 years old, and she is my life. I ended it with him when he left me. A few years later, I married the man of my dreams. I now have two more beautiful kids from him, ages 5 and 13. If I could turn back time, I would. I live with regret every day of my life.