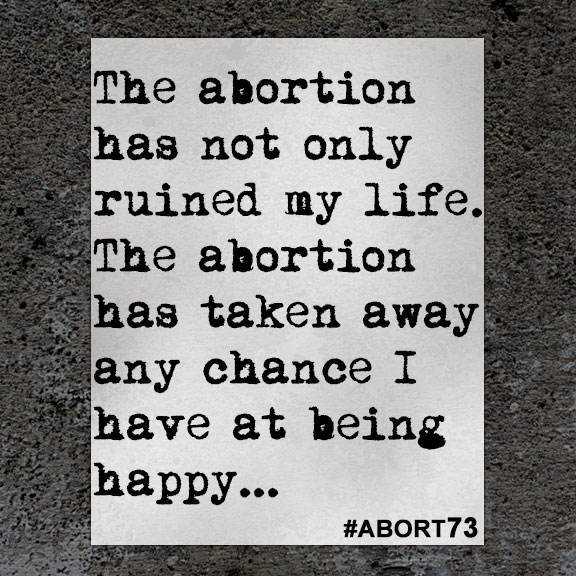 It's almost nine months since my abortion. On 4th January 2016, I found out I was pregnant, eight days before my aborted baby was due. My mood lifted. The thoughts of suicide left. I felt God and my aborted baby forgave me. Here I was with a new start. A second chance. I can't tell you how good it felt feeling like someone, somewhere, trusted me to be a mummy. After the hideous thing I did last year. I was diagnosed with moderate endometriosis in December 2015, so decided not to waste time trying for a baby. I didn't want to kill my baby last year. I made the worst mistake of my life.

On 30th January 2016, I miscarried. Eighteen days after my sweet, precious baby would have been in my arms, I was scooping this new baby out of my toilet.

I cry every single day of my life. There are four pregnant women at work. Life is hell. I have severe PTSD and what I think may be complicated grief. I don't know what to do. I just want to die. I can't carry on anymore. I wish I was dead but I know I am going to hell.

This isn't a life for anyone. This is hideous.