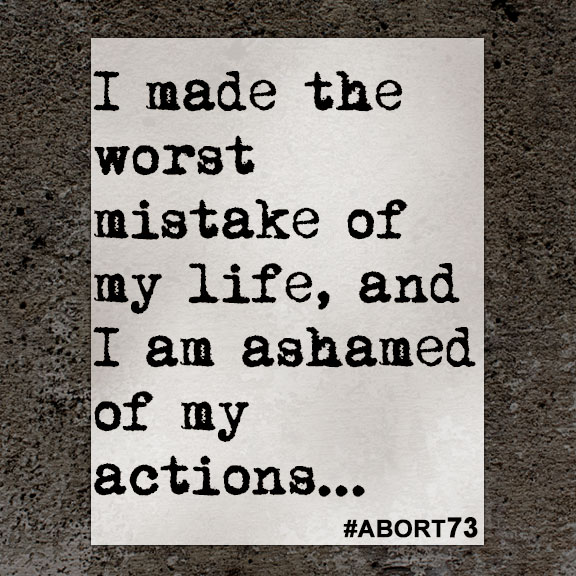 I made the worst mistake of my life, and I am ashamed of my actions...

I deeply regret the choice I made to abort my babies’ lives. I am a student in my first year of a degree and felt I could not offer children stability or security due to the abrupt end to my relationship and my student-induced poverty. I believe now that I could have showered babies with the love and sense of belonging that comes from being adored by one's family. I met my boyfriend on campus at university in my second week and our attraction was instant. However, he is unable to maintain a committed relationship, and frequently our arguments became heated and our relationship unhealthy. After I found out I was pregnant I was distraught. The condom broke; we took precautions but sadly these failed us. As a religious person, I was hugely distressed at the thought of abortion, but with support from some amazingly wonderful friends at university, I had the abortion. While I felt horrific initially, I soon distracted myself and stopped thinking about it for a few months. Recently the reality of my situation has hit me like a bus, and I feel terrible. I wish I hadn't done it. I would have coped, and we would have been fine. If only I had felt the courage I needed to tell the people who needed to know to support me. If only I had overcome the thoughts of embarrassment as a stigmatized teen mum, things would have been different. I made the worst mistake of my life, and I am ashamed of my actions.