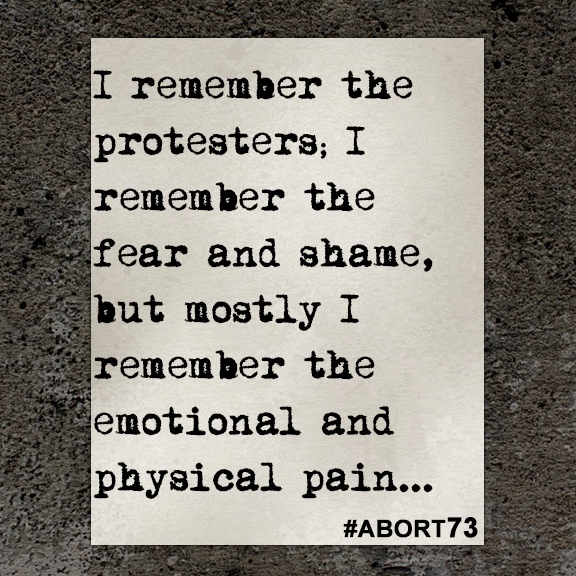 My abortion was over 20 years ago, and it changed my life in so many ways. I was 16, a good kid, an honor student. As soon as I told my mother, it was decided that I would have an abortion. There are so many details that I remember about that day, and so many that I repress. I remember the protestors; I remember the fear and shame, but mostly I remember the emotional and physical pain. I attempted to numb the pain with binge drinking, which in turn led to blackouts and promiscuity At 19, I was pregnant again but knew that I would not abort this baby. This baby, I would live for. This baby would give some meaning to my life, and she did. Even as I made better decisions—for her sake, not mine—and even as I married and had another child, I have secretly battled depression and suicidal thoughts for all of these years. I know that God has forgiven me, but I don't know that I can ever forgive myself.