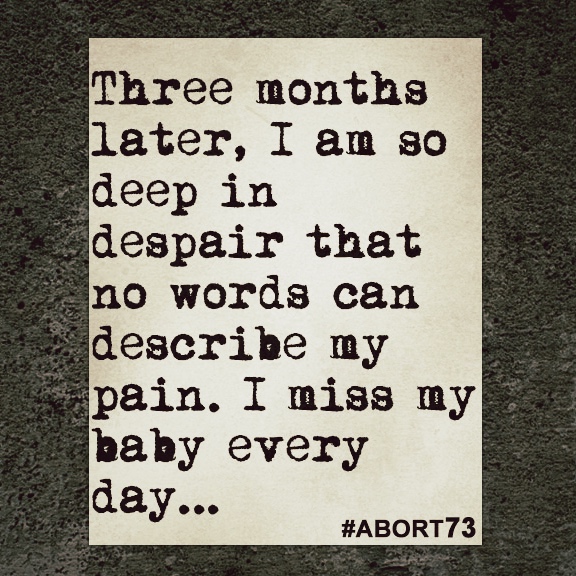 Three months later, I am so deep in despair that no words can describe my pain. I miss my baby every day...

I was on isotretinoin and became unexpectedly pregnant when my boyfriend and I were both 23. He had been physically abusive towards me, but the moment he found out he was going to become a father he changed dramatically for the better. My boyfriend desperately wanted the baby, who we named Junior. He even bought him his first sets of onesies to surprise me with.

Because of the medication that I was taking there was at least a 30% chance of the child experiencing a severe physical deformity. My boyfriend begged me not to terminate the pregnancy and cried for me to keep our baby. Against his wishes, I had a termination.

I was certain that I had made the right decision at the time. Three months later, I am so deep in despair that no words can describe my pain. I miss my baby every day. I would give my life to give Jr one precious breath on this earth. My relationship is over because we could not cope with the death of our child. I will never forgive myself. All I ever wanted was to be a mother. Instead I am a murderer.