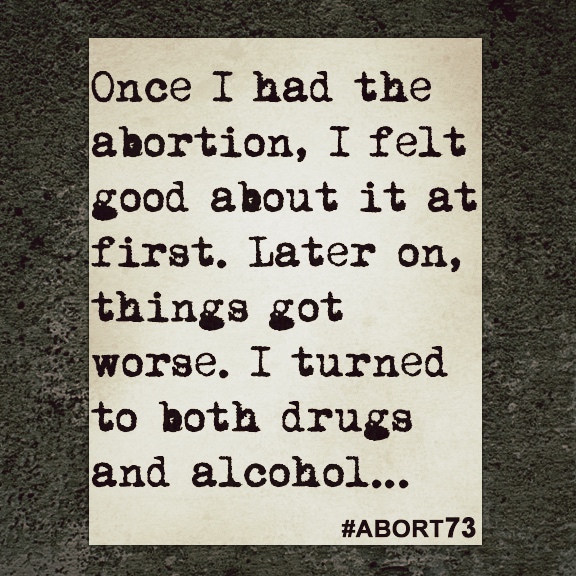 Once I had the abortion, I felt good about it at first. Later on, things got worse. I turned to both drugs and alcohol...

My life was a really poor one. I was born to an alcoholic father. Growing up, I was not really close to my parents since they were busy, and they did not seem to care for me. I dropped out of high school early and ran away from home. I decided to work as a prostitute to make money and support myself. One day while on my job, the pimp had sex with me without protection. I got pregnant. I was so terrified about it. I made the decision to have an abortion. Once I had the abortion, I felt good about it at first. Later on, things got worse. I turned to both drugs and alcohol to help me with my problems. I started having dreams about the abortion and other sorts of Posttraumatic Stress Disorders. Later on, I discovered Jesus Christ and accepted him as my savior. Once I did that, I realized that the abortion I had was not good, and I now totally regret that it happened. I am now working with a pregnancy center and counseling women too— in hope that they won't make the same mistake I did.